This is Not How I Wanted To Announce My Pregnancy

This is not how I wanted to announce my pregnancy.

I had hoped to do something cute.  Maybe the photo with the empty baby shoes, my son in a big brother shirt, or one of any other adorable ways to announce one’s pregnancy.  But I’ve also been struggling with secondary infertility, so I’d probably include some sort of mention about how tough our journey has been and that I understand if someone finds my announcement hard or they don’t really want to hang out with me for a bit.  I get it.

Instead, I’m 13 weeks pregnant–the time where you usually breathe a sigh of relief and tell the world–and I’m terrified. 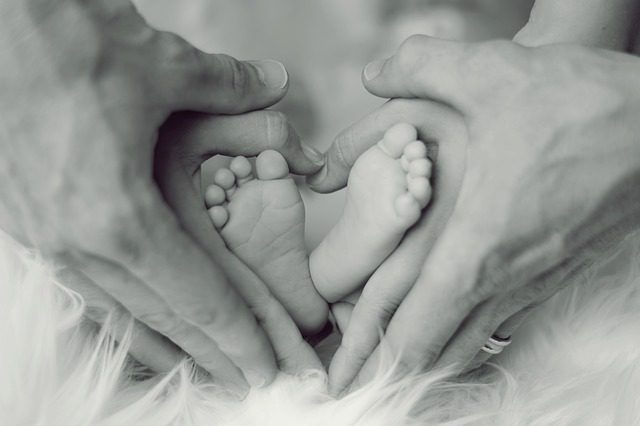 This is not how pregnancy is supposed to go!

For the last month I’ve been bleeding.  At one terrible point I was seen by a doctor who was convinced I was miscarrying.  For 6 terrible hours I thought my baby was dead.  An ultrasound showed that it was still alive with a good heartbeat, I just had a bleed behind my placenta.

I was happy that my baby was alive, but filled with dread because I knew that I was not out of the woods yet.  Heartbeats are amazing, but is anything really guaranteed in pregnancy until you hold that baby in your arms?  As I’m learning–not really.

When I was in my 20’s, I thought getting pregnant was easy.  You had sex at the right time and after a few months–boom, you’re pregnant.  Of course there’s no complications, no miscarriages, no trips to NICU, and no emergency C-sections–that happens to other people.

And for our first child it was easy.  We got pregnant immediately and I had a textbook pregnancy.  My delivery was another matter.  To make a long story short, I wound up having an emergency c-section, a really terrible recovery, and a really terrible experience as a first time Mom.

Related: My Body Has Failed Me

When I didn’t immediately get pregnant when we started trying again, I was okay with it.  I was still young, I felt like I had finally recovered from my c-section, was starting to enjoy motherhood, and was still coming to terms with having an autistic son and what that meant for our lives.

Once my son turned four, I started to think more seriously about it, but my husband and I didn’t want to go through the stress of treatments, since we already had one child, and didn’t want to adopt because it didn’t feel fair to do that with an autistic child in the mix.

However, when my son turned five and went to kindergarten, it suddenly felt like everyone around me was getting pregnant and I was being left behind.  Every new pregnancy announcement made me cry, and left me in a terrible mood for a week after.  Every period felt like a failure.

My husband and I had resigned ourselves to only having one child.  We would be open to pregnancy if it happened, but we were tired of tracking dates and being disappointed.  We’d reassess how we felt once we turned 35.

This summer when I got pregnant after 4 1/2 years of on and off trying, I was elated and in serious shock.  To this day my pregnancy still doesn’t totally feel real.

Miscarriage and Bleeding in Pregnancy–Way More Common Than You Think

But then the bleeding started.  I don’t know if I’ve ever been more scared in my whole life.  Bleeding can be totally normal, or it can be the sign of a miscarriage, and there is literally NOTHING you can do about it.  Except rest, which might or might not work.

So far we’ve had two ultrasounds that showed a perfectly healthy baby with a strong heartbeat.  But I’m still bleeding.  And resting.  And cancelling practically every appointment or outing I make.  Summer has totally passed me by, but there’s nothing I can do about it.  I’d rather have a living baby than a fun summer.

Related: The Life Between the Lines

One thing that has struck me during this whole experience is how common bleeding and miscarriage are.  Literally every woman I have opened up to has said, “I had a miscarriage” or “I experienced bleeding like that too, and my baby ended up being fine.”  Almost nobody I know has not experienced one or the other.  And if they somehow escaped this experience, something else went “wrong” somewhere else along the way.  See: the aforementioned trips to NICU, emergency C-sections, or diagnosis later on in life.

I also really want to thank my friends and family who have been absolute rocks for me during this time.  Thank you for making me food, helping me clean, helping me do blog projects, or being a shoulder to cry on when I’m scared.  You know who you are.

No Sappy Pregnancy Announcement for Me

So if you see me in real life, I’ll probably tell you about my pregnancy, but it will be qualified with “if it makes it to it’s due date.”  There will be no sappy Facebook post, at least until I’m 90% positive that the baby is going to make it.

And if I don’t end up getting my happy ending, will you cry with me?  And give me hugs and reassure me that there is a reason for everything, even if its not clear at the time and everything really sucks?

P.S. For those of you who might have stumbled across this blog and are new here, I actually only write about my personal life maybe twice a year.  I’ve linked most of those posts in the related section.  Otherwise, it’s pretty much all garden and food around here.

These are a few of my most popular posts: