How to Make Soup From Scratch that Doesn’t Suck

Have you ever looked in your fridge and thought, “Hmm. . . this would be the makings of a good soup?” but then you went to make the soup and it fell flat? This post is for you.

Today I’m going to teach you the 6 secrets to making delicious soup without a recipe. 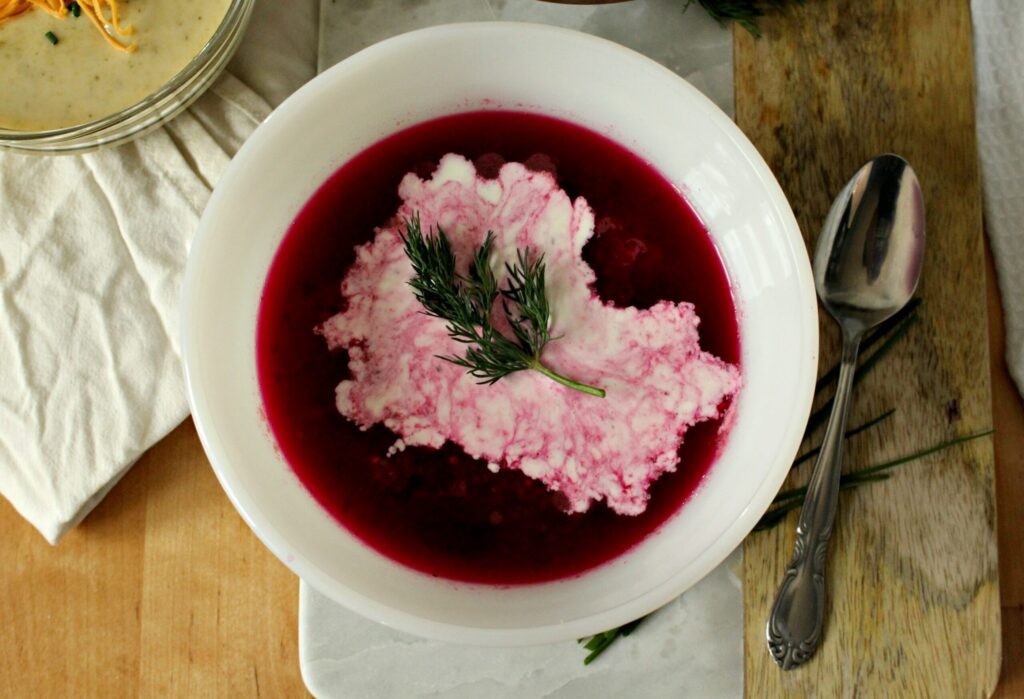 Homemade Soup Without a Recipe?!?

I grew up with a Dad who made the best soup. It seemed like all he did was throw stuff we had in the fridge into a pot, cook for a couple of hours, and voila–soup all the adults raved about. (I wasn’t a huge fan of soup as a child unless it came from a can.) So when I was a bit more grown up and had a bunch of vegetables in my fridge, I tried my hand at making soup a la my Dad.

It was a disaster.

I phoned him, wondering where I had gone wrong. He assured me that his first few soups were pretty terrible too, but with a few guidelines I could get a lot better at it. 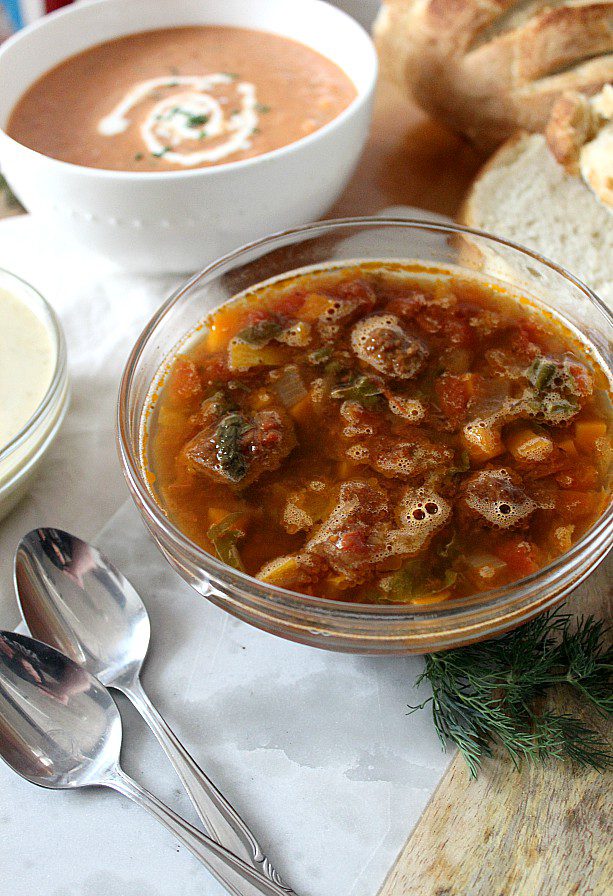 The biggest reason why that soup I phoned my Dad about flopped was that I started with water, boiled my vegetables and meat in it and hoped for the best.  Soup needs a flavour base to taste good.  Plain water with nothing added will not do!

Homemade stock is best, but the cubes or powder will do. If you’re using powder, follow the directions and don’t dilute it. If you’re making homemade stock, you’ll be surprised at how much salt you have to add until it tastes good.

Here’s a soup that breaks my own rule.  But seriously, this is one of the few exceptions I can think of and it only works because the vegetables are roasted.

The holy trinity of soup bases is onion, celery, and carrot. Yes, there are exceptions to this rule, but if you stick to these three vegetables in your soup, it’s hard to go wrong.

Salt, pepper, and garlic are also strong additions too. 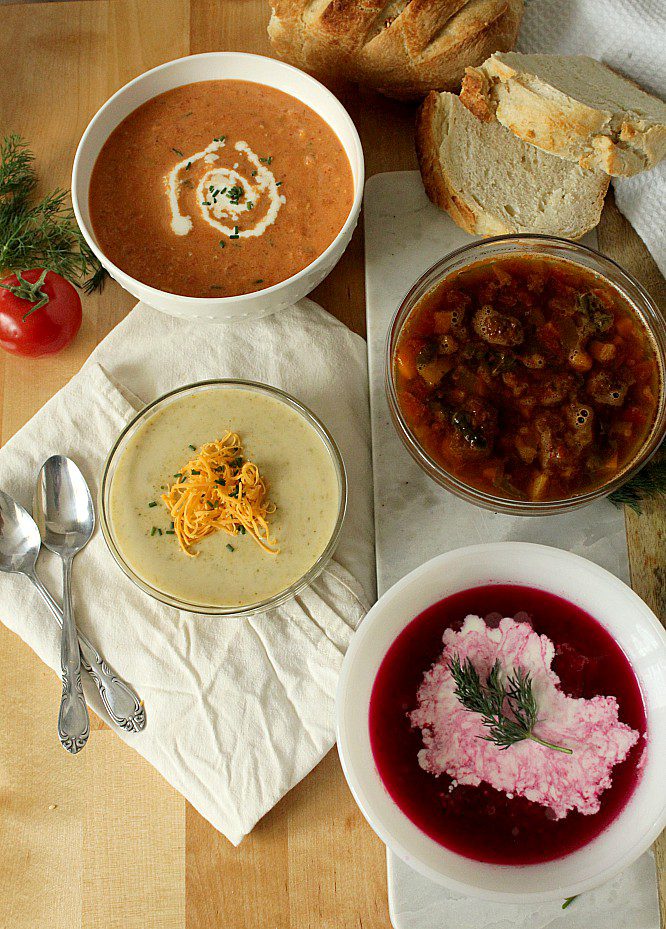 Cut Bitterness with a Spoonful of Sugar or Honey

Sugar in soup!?!? Yes! But not very much, and only if the soup tastes kind of bitter. Your goal is not to make a sweet soup, it’s to get rid of that bitter note.

Creaminess without the Cream

I’ll confess, it took me awhile to like vegetable soups.  But I sure did like creamy ones!  While I have nothing against cream, one of the ways I got myself to like more vegetables was to puree my soups with a hand blender.  It gave me the creamy texture I was looking for, for a lot less calories.

Soup was made for biscuits.  Try these delicious Pumpkin Cheddar ones!

If you are using dairy, add your cheese or cream after the rest has finished cooking. Otherwise it will curdle and you’ll end up with little white specks. While it won’t hurt you, it doesn’t look very attractive.

A Word About Rice and Noodles

Many an inexperienced soup maker has added rice or noodles to their soup, only to have it take up ALL the stock. Instead of a nice soup, you’re left with some odd mush. You have two choices–either double the amount of stock you use, or cook the rice or noodles separately and add them in at the end. Whatever you do, don’t add your noodles in at the beginning. You’ll end up with a soggy mess.

That’s it!  Aren’t you surprised by how easy it is to make soup from scratch without a recipe?  Which trick will you try?