What do sea cucumbers, cinnamon buns, and bulk barn have in common?

The creation of these St. Lucia Day inspired cinnamon buns. 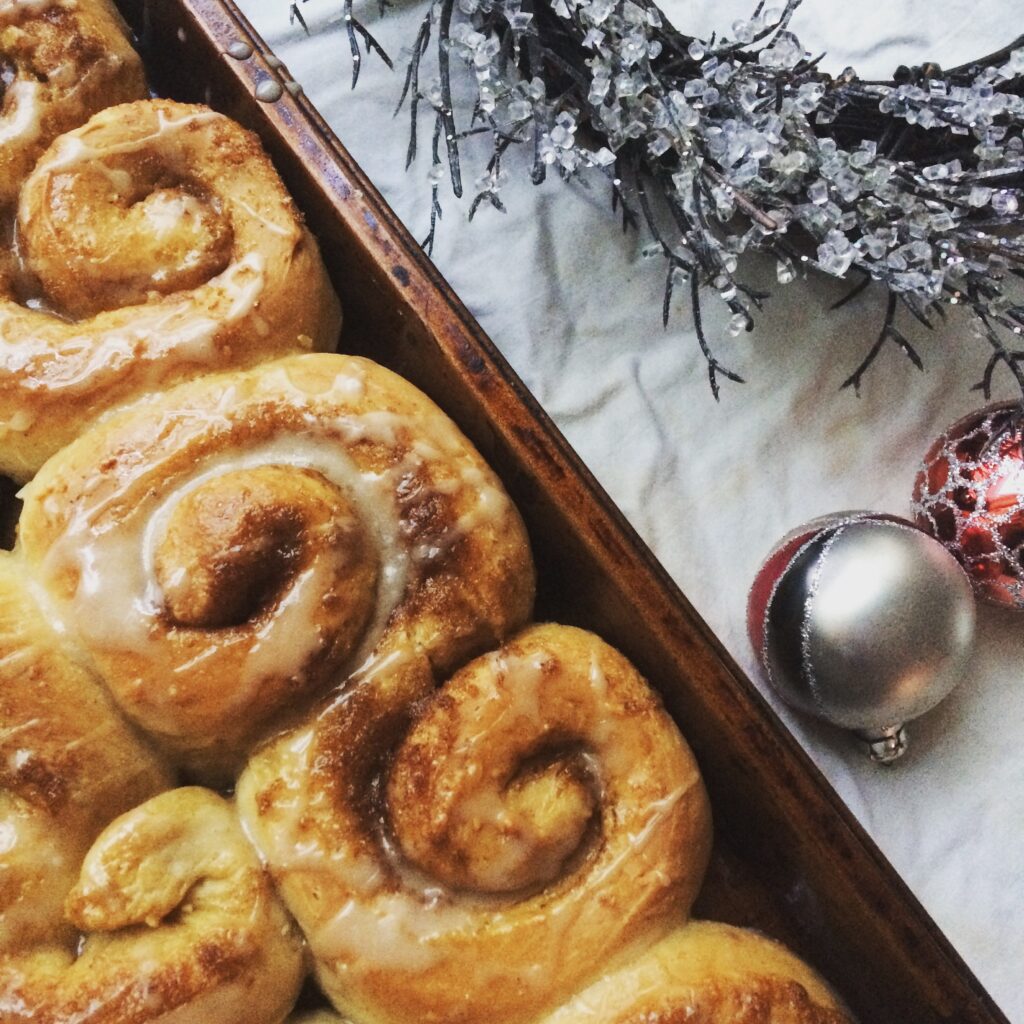 I pride myself on being a pretty experienced bread maker by now and figured that I would have no problem whipping up traditional St. Lucia Buns (which are not cinnamon buns, but do share this lovely S-shape). Pride cometh before the fall.

Mistake 1: Not actually reading the recipe.

Okay, so I read the recipe, but apparently not very carefully. I was so distracted by my lack of cardamom or cardamom pods and my excitement at having a recipe that actually used the saffron that’s been sitting in our cupboard for 5 years that I forgot all about the crushed almonds. I pulsed some almonds in my food processor and it worked fine. 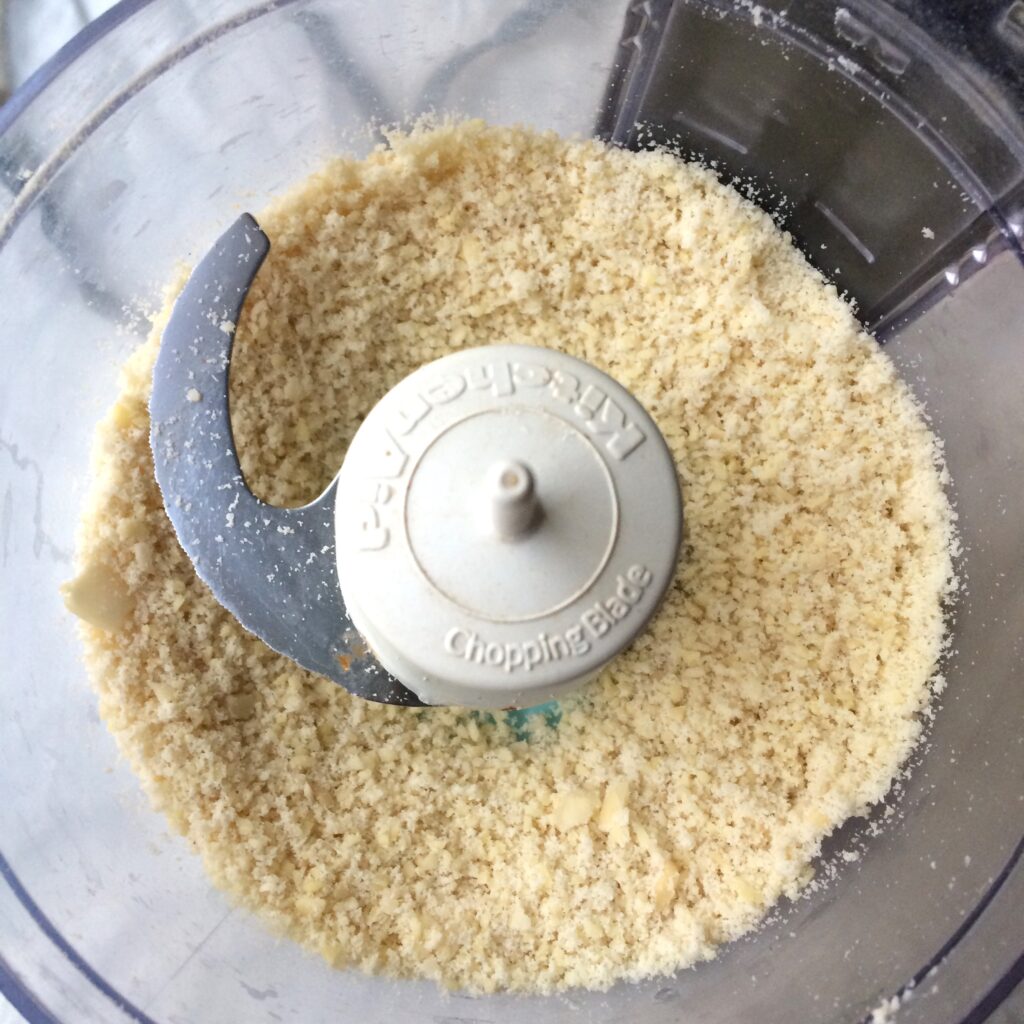 See lack of cardamom (not found in Walmart) and crushed almonds.

Mistake 3: My St. Lucia buns were not yellow!!

In all fairness, Naomi (our contributor for the fourth recipe in the best-loved Christmas baking series) told me after the fact that her family always uses way more saffron than the 1/4 teaspoon it calls for.

Mistake 4: Rolling the strips too big.

They looked so beautiful before they turned into sea cucumbers!! 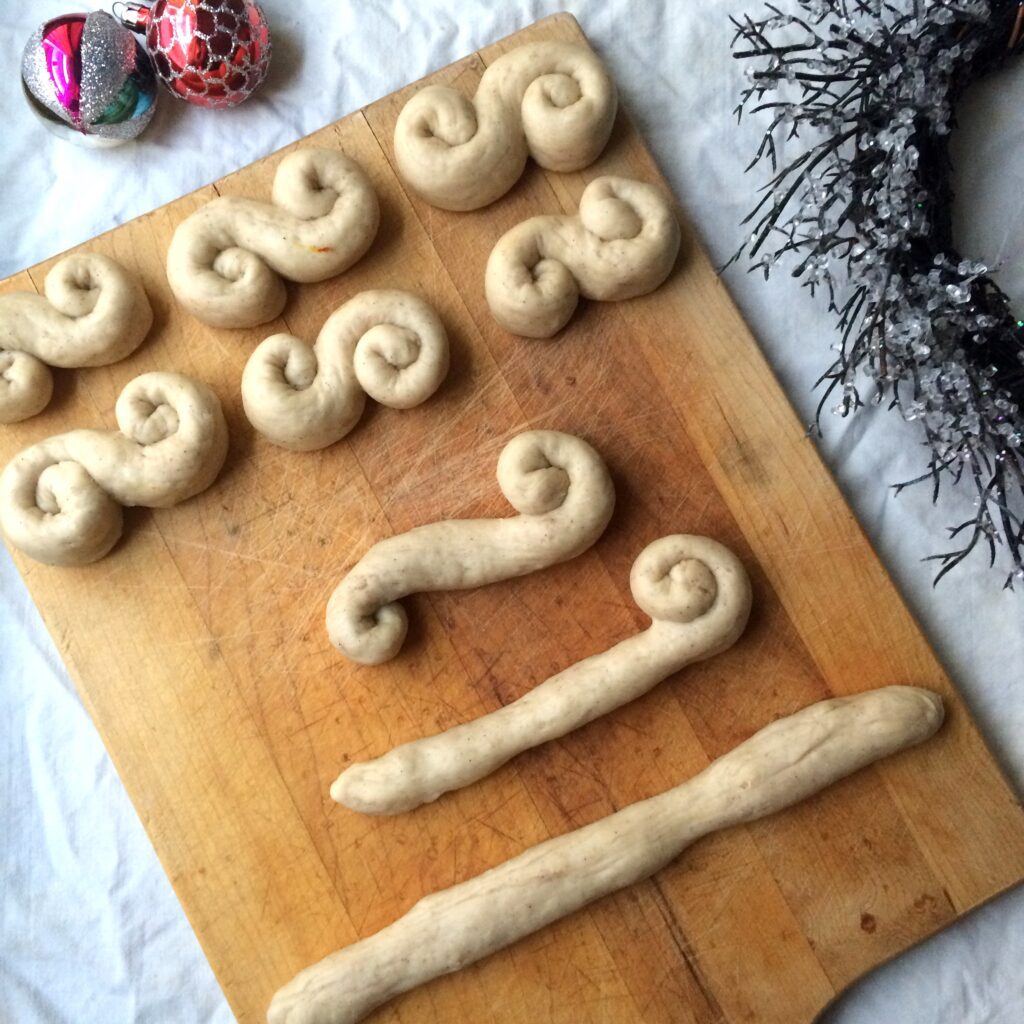 At this point I felt like I had messed things up so badly already that I decided I was just going to turn them into cinnamon buns. It was a good decision, they were delicious!

Mistake 5: Not starting early enough in the day.

If I would have started an hour earlier, I wouldn’t have had to check my buns during the middle of a voice lesson. I gave my student some of the finished product, so she didn’t mind too much. I don’t have a convection oven, so the sea cucumbers on the bottom rack ended up a bit too done on the bottom and just done on the top.

See Mistake 5. At this point, does it even matter anymore?

The mistakes were all for a good cause though, because now you can make these St. Lucia Day inspired cinnamon buns! Whip up a batch December 13th for your family. Oldest daughter dressed up with a wreath of lights entirely optional.

Dissolve tsp of sugar in lukewarm water.  Add yeast and set aside for 10 minutes.  In a saucepan, combine light cream, saffron threads, sugar, butter, cinnamon, and allspice until just before boiling.  Set aside. 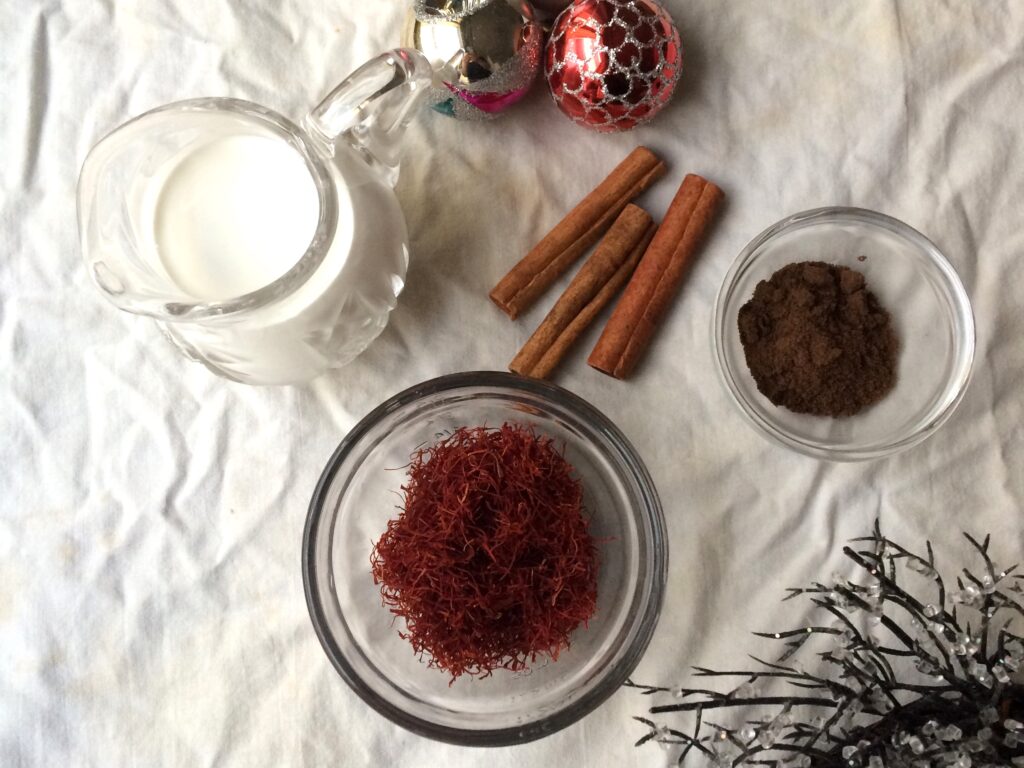 Add eggs, flour, and almonds to the yeast mixture.  Add cream mixture a little at a time, so you don’t end up with scrambled eggs.  Mix dough until it is nice and elastic.  Put in a greased bowl and set to rise in a warm place until doubled in size. 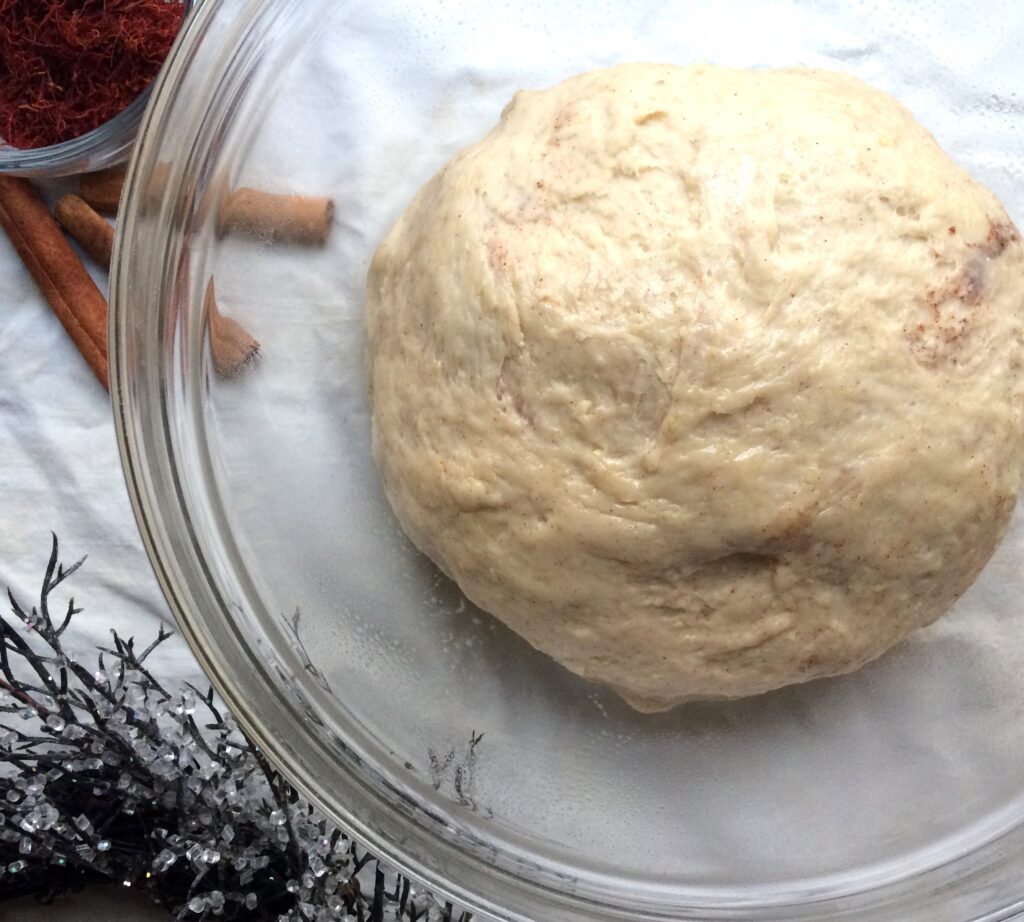 When doubled, punch down and roll into a rectangle.  Do this on a surface that is safe to cut on!!  Spread melted butter and disperse brown sugar.  Cut in thin strips. 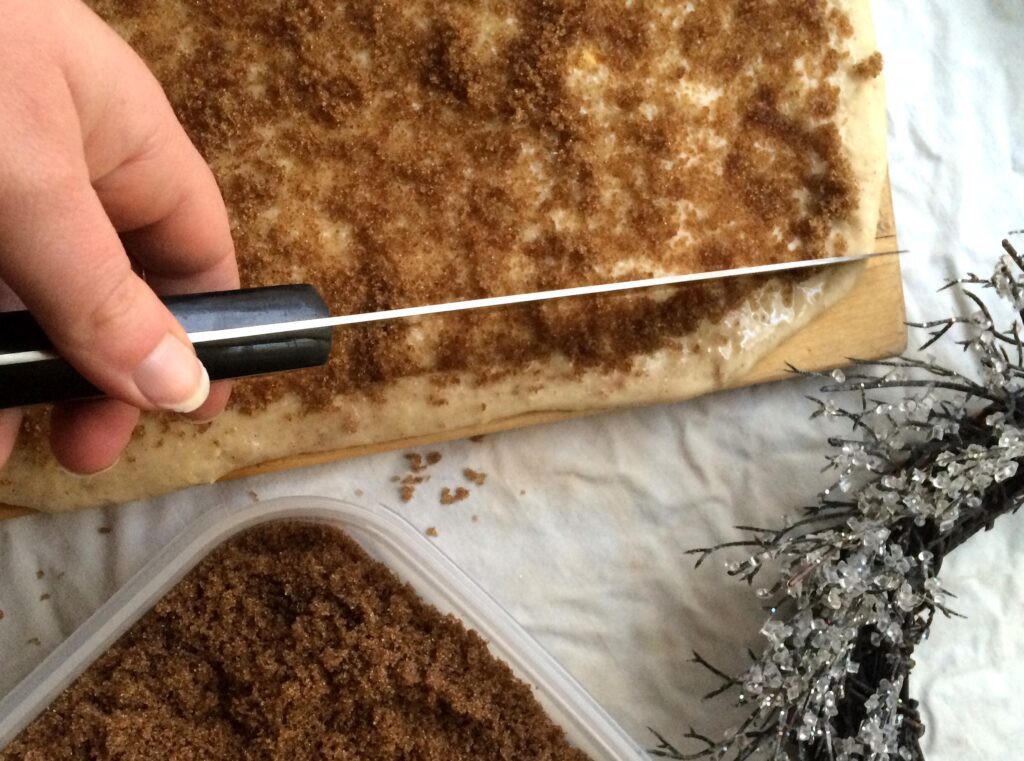 Roll one half of each strip, twist, then roll other side. 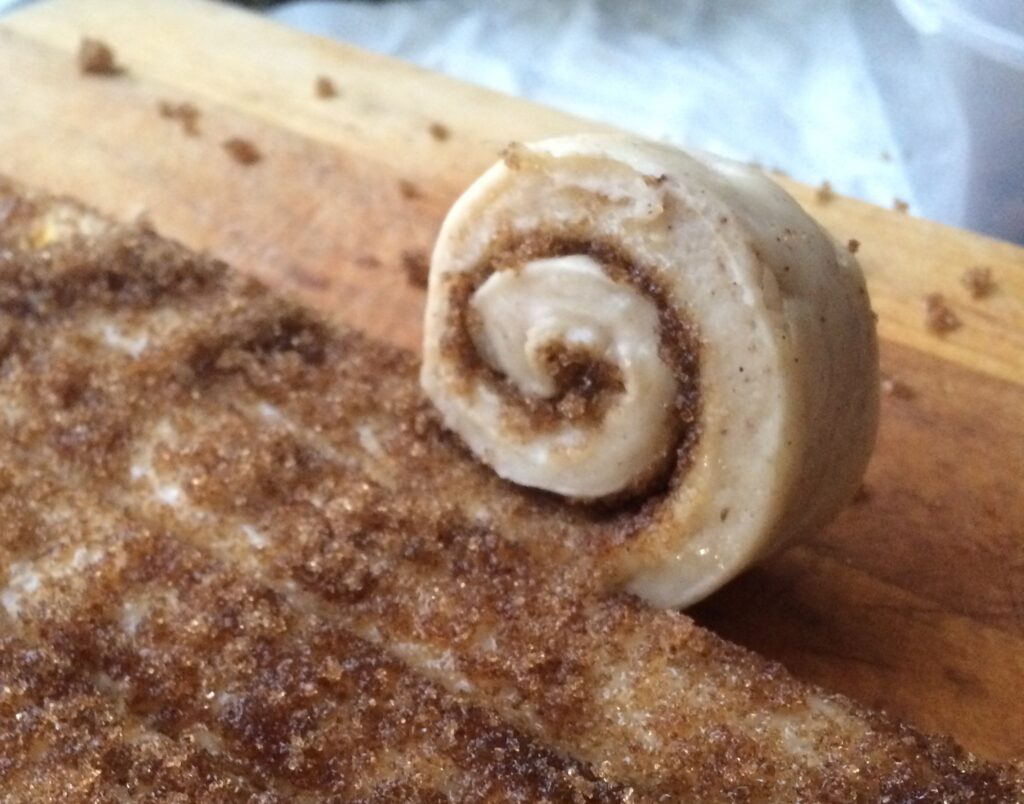 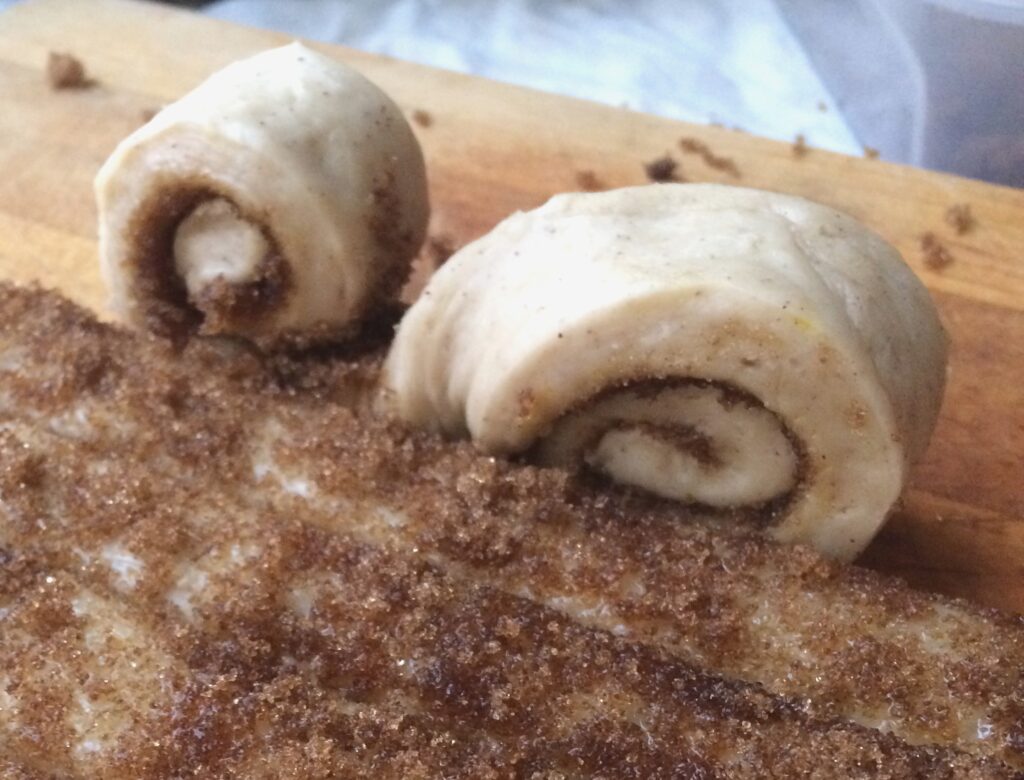 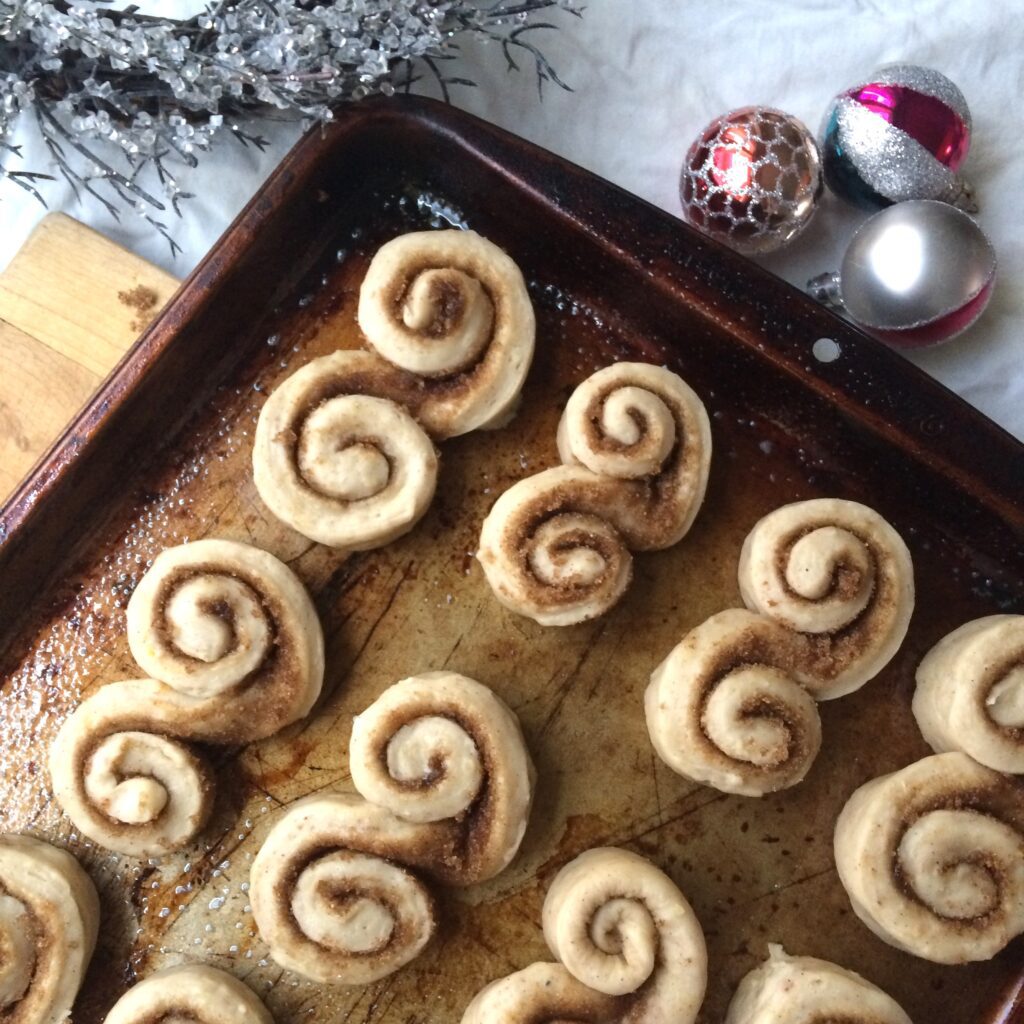 Will Kristen be able to get it together and make actual St. Lucia Buns in time for St. Lucia day?  Tune in next time and see!  Let’s call this post 3 1/2 of our four part series on best-loved Christmas baking from my readers.

Pin me for later! 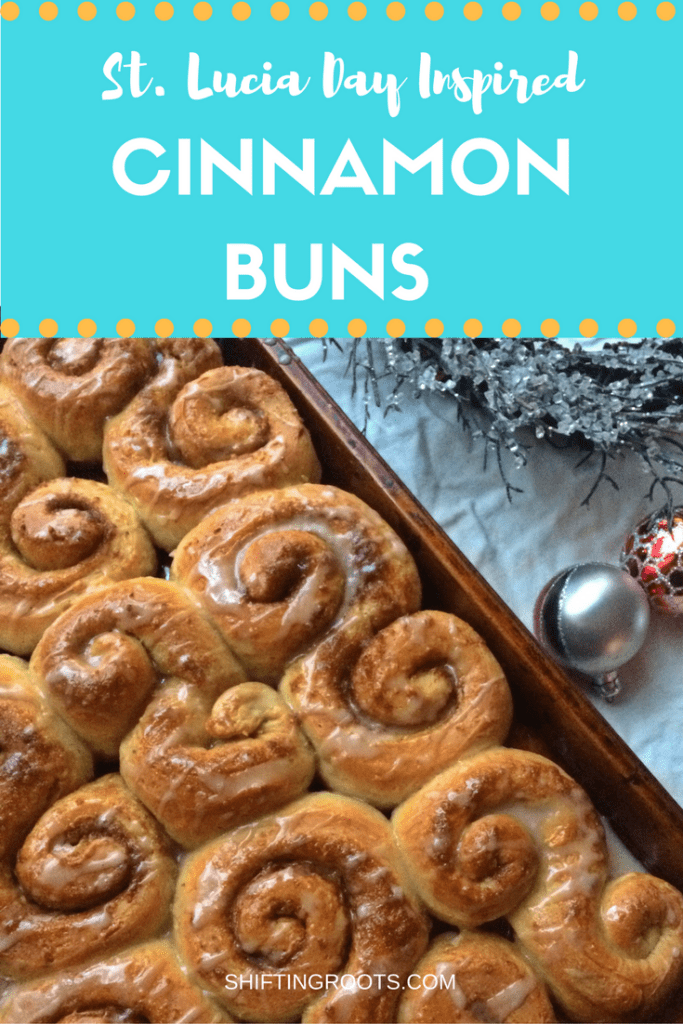