Your garden is doing well and you’re even starting to harvest some vegetables, when all of a sudden you see some weird little white spots on your pumpkins, squash, cucumbers, or zucchini.  You shrug it off, thinking it’s probably no big deal.

A few days later it’s spread to more and more leaves, and those few innocent white dots have overtaken more an more leaves in a white, powdery mess of horror.  You my friend, have an outbreak of powdery mildew.

While you can’t reverse it, I’ll show you the two step process to keep it from spreading further. 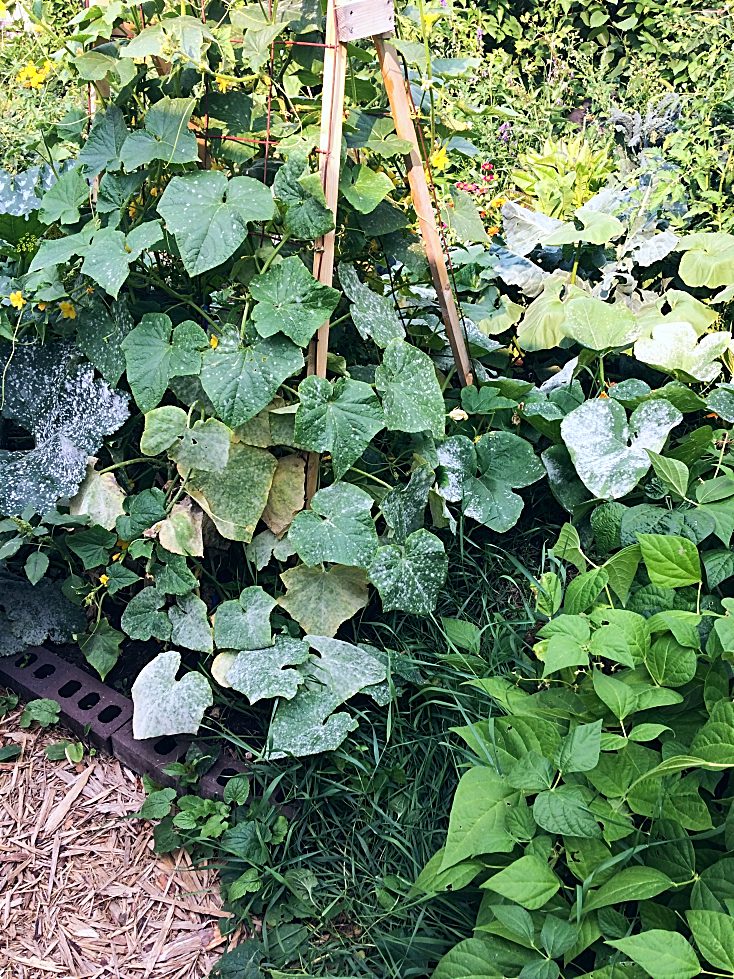 What is Powdery Mildew?

Powdery mildew is a fungal disease that affects a wide range of plants, including apples, pears, flowers, squash, zucchini, pumpkins, and cucumbers. Powdery mildew diseases are caused by not one, but many different species of fungi.  It spreads by spores, and once you’ve got it, it’s almost impossible to get rid of for the season.

Thankfully, it will not permanently damage your plant, but it will slow down or cease any fruit or vegetable production.

Hot moist conditions, combined with poor airflow from spacing plants too close together in the garden are a breeding ground for an outbreak of powdery mildew.  Some species of plants are more susceptible to powdery mildew than others.  If you’re experiencing the fungus on a perennial year after year, you might consider pulling it out and replacing it with a more disease resistant variety next year.

Related: How to Fix Blossom End Rot in two Weeks 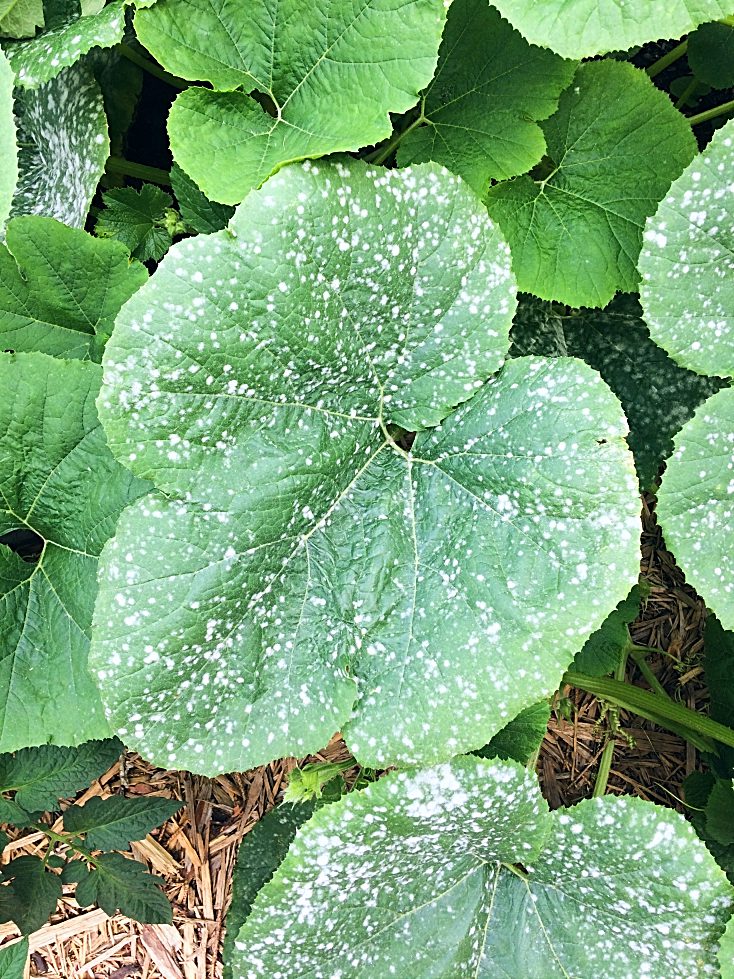 The Two Step Process to Controlling a Powdery Mildew Outbreak

In a perfect world, you would cut off and discard any leaves that show powdery mildew as soon as you saw the first signs of an outbreak.  (See the picture above.)  If you’re like me, you may have had good intentions about doing so, but then let it get out of hand, like the picture below.

The basic damage control is as follows:

Related: How to Survive a Heat Wave and How to Take Care of Your Garden on Vacation 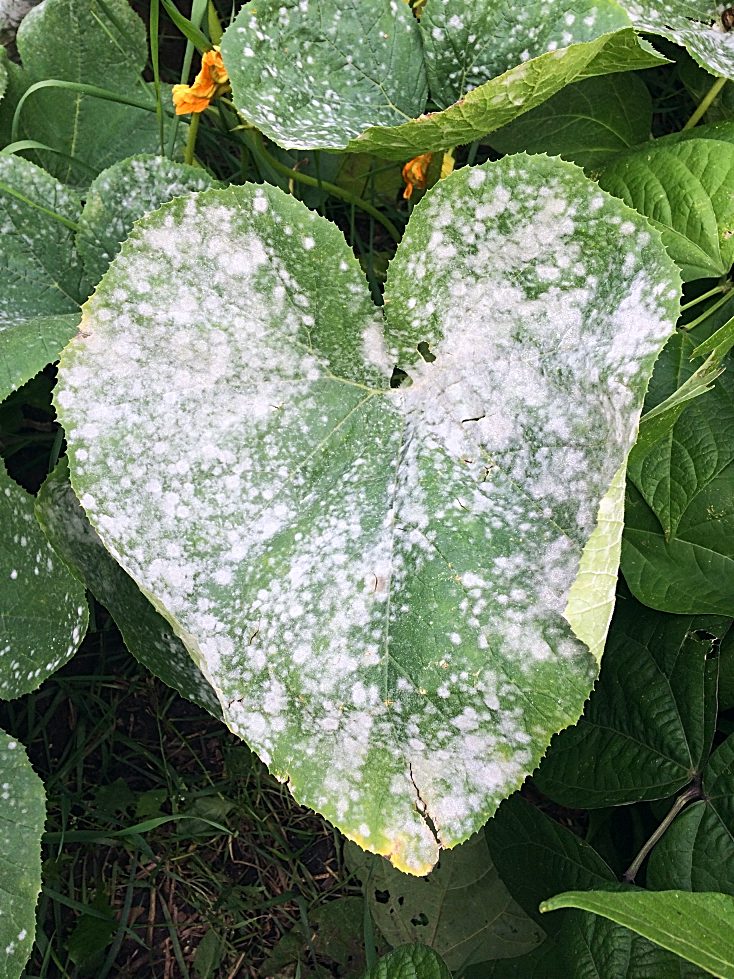 A Few More Things to Consider

If powdery mildew is infecting a flower or perennial that has finished blooming, the best course of action is to pull it out (if it’s annual) or cut off all the leaves (if it’s a perennial).  If you notice a problem year after year, you many want to choose a different variety next year.

Is the outbreak on your vegetables?  In that case, only remove the leaves that are badly infected, and apply the milk mixture to the remaining infected leaves at least once a week.  You still need enough leaves for photosynthesis to occur.

If it’s earlier in the growing season and no vegetables or fruit have set, you might try removing all infected leaves immediately.  The plant will be delayed, but you might be able to totally avoid a further outbreak.

Have you fought and won the battle with powdery mildew?  Tell us about it in the comments.  Please let us know what zone or general area you are from, as gardeners from different areas experience different challenges.  I personally garden in zone 3b, so my experience might be vastly different from yours if you are in a higher zone. 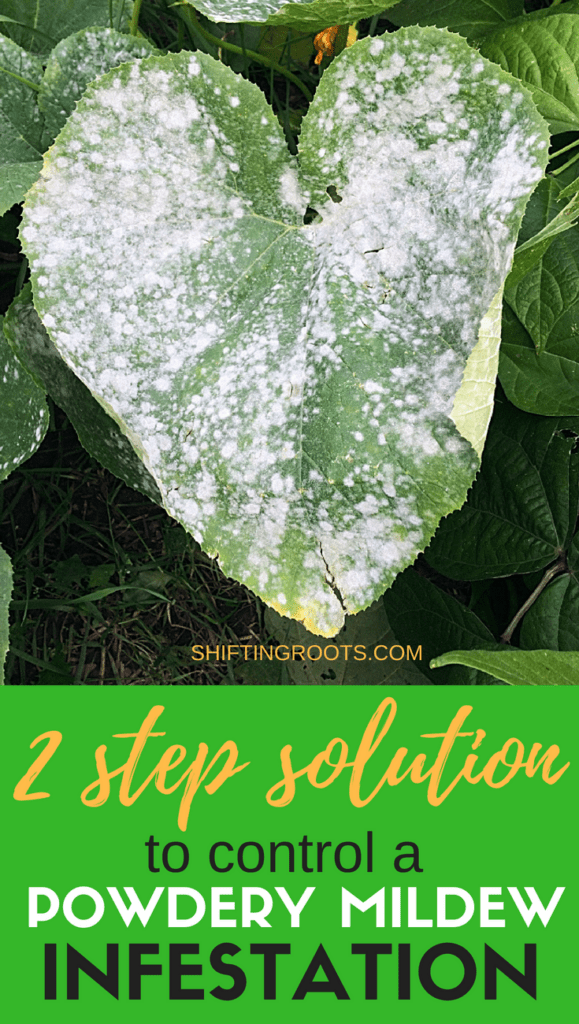