Lately, I’ve made a new best friend. (Don’t worry Vanessa!)  He’s great at getting into tight places and is my constant companion in the living room.  I call him Scrapey. 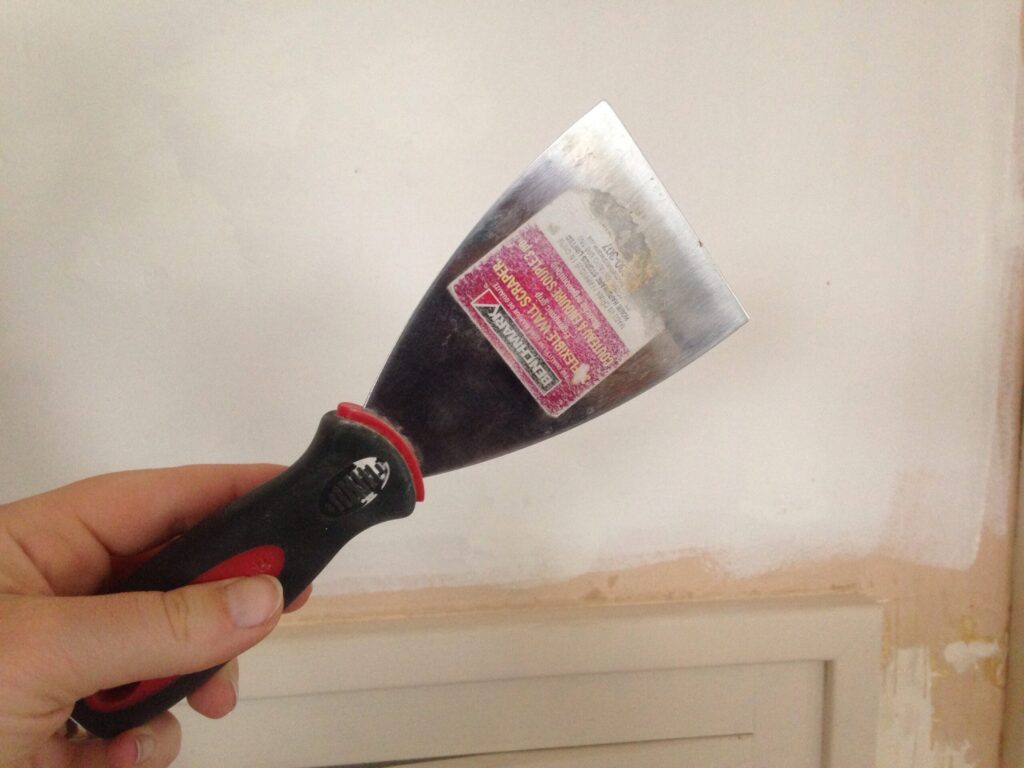 Since I’ve moved in, I’ve gotten into a good routine for working on the house.  Backyard work in the morning before Dominic wakes up, wallpaper scraping while Dominic has his TV time or is very involved in his trains, and another last stab at the backyard in the evening.

Thankfully most of the wallpaper comes off easily and there are only two layers.  However, there are always some hold-outs and surprises. 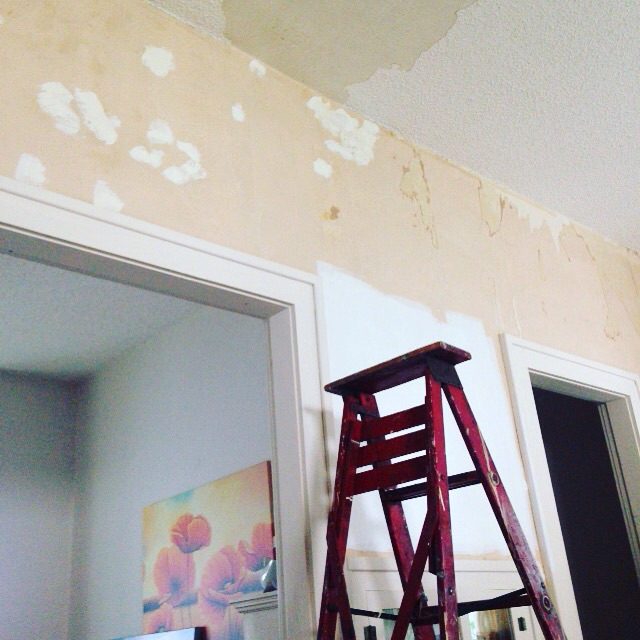 The popcorn ceiling is actually sprayed on wallpaper. . . on the ceiling!  Fun!!

If you read interior design magazines, you’ll notice a trend towards wallpaper ceilings.  After discovering this, I can’t say I’m a fan.

There used to be wall sconces!  Who knew?

Nobody primed the wall before putting on the initial set of wallpaper, hence my hack job that looks like this when I have to use the fancy wallpaper removal stuff: 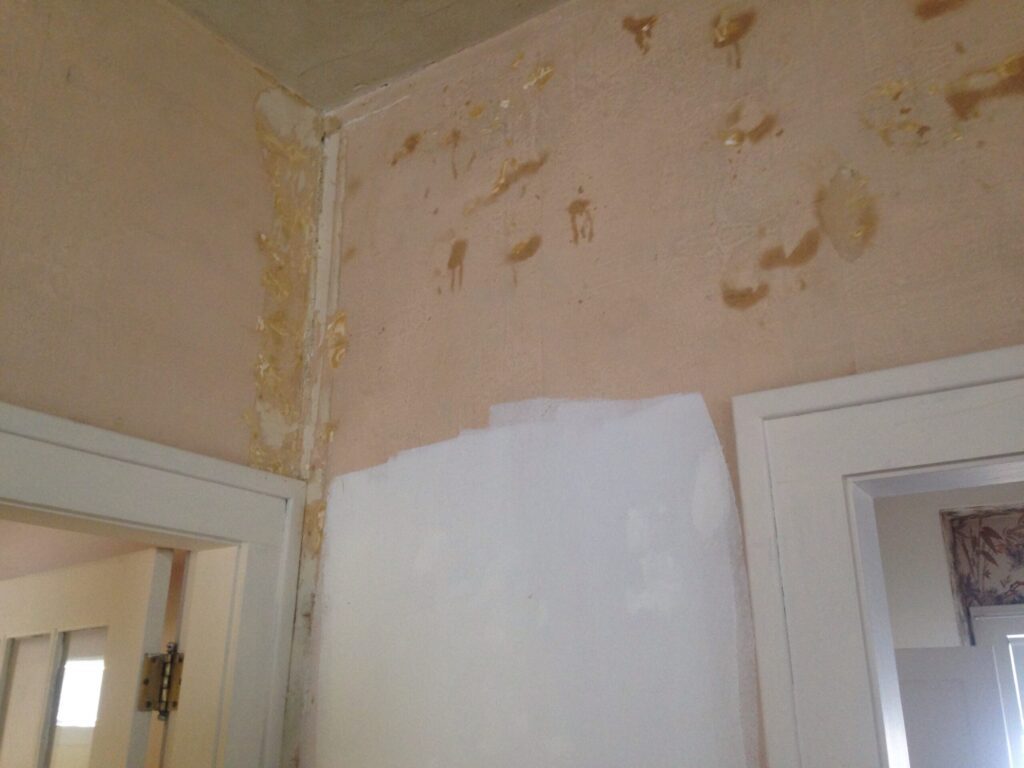 The primed square of white is where I have emerged victorious over the wall.  Right now there are only three squares of white.

To get the wallpaper off the wall, I use DIF gel wallpaper stripper.  It seems to work reasonably well.  I’ve heard of other solutions, which I will try once this stuff runs out.  Never fear, there is ample wallpaper in this house to test out wallpaper removal theories.

So for the next little while, if you come over to the house unannounced, you’ll probably see this: 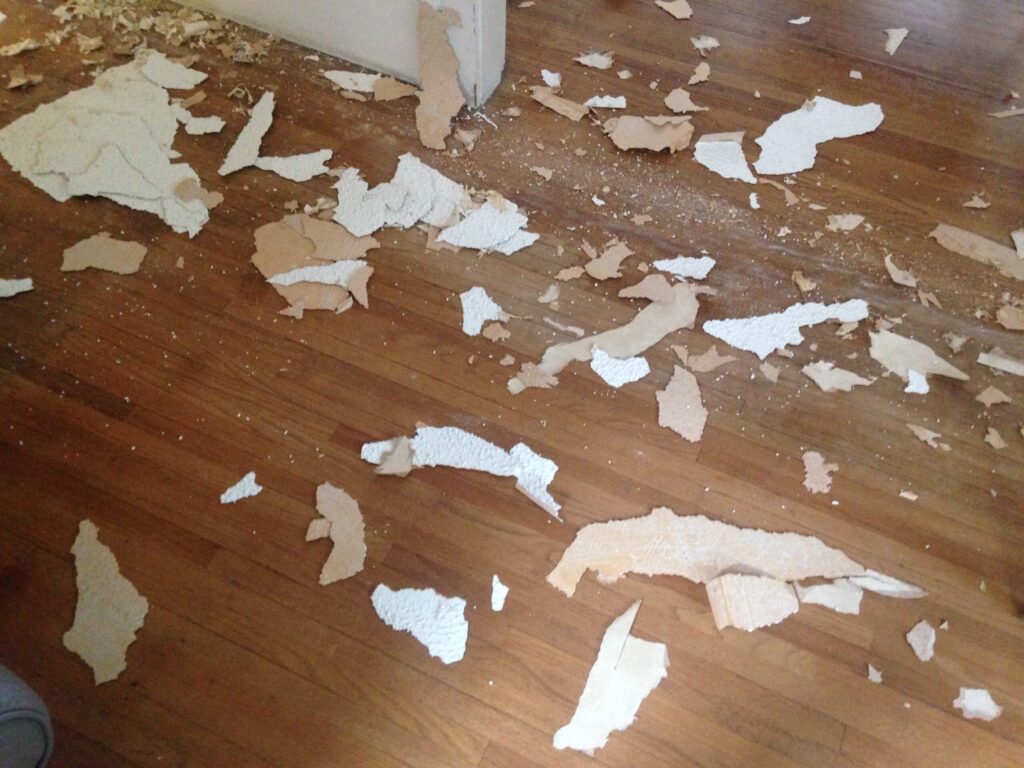 Hi Friends!  Lately I’ve been having trouble with my subscriptions, so if you want to make sure you don’t miss any posts in the meantime, like my Facebook Page where I put links to every post.  My awesome computer guy is working on fixing the issue.  Thanks!