First of all, this is a terrible title for a post.  It’s not a how-to or a manual as there’s really no such thing for grief.  However, there’s not a lot written out there about dealing with grief in this age and stage of life that I’m in, so I want it to be easily found by someone searching for it.

If you’re new to this blog, you might want to read this post and this post to understand the context of what I’m writing.  To get you up to speed, my grandma died a month ago and I’m writing about my grieving process.  What you also don’t know if you’re new to this blog or don’t know me in real life, is that my Dad (my grandma’s son) died in a car accident when I was 24, so that’s why I’m making the age range so big.  It feels like I’m re-greiving my Dad as I grieve my Grandma.

END_OF_DOCUMENT_TOKEN_TO_BE_REPLACED

Today I wrote my grandma’s obituary. It goes something like this:

Elizabeth
1923 – 2017
Elizabeth passed away peacefully on Tuesday, March 21, 2017, with family at her side. Elizabeth was born at home in the Wilmont area, where she spent her life as a homemaker helping out on the farm. She attended Keller school and attained a Gr. 7 education. In 1943 she married Anthony and they took over the family farm. In 1955 they had one son, Gerard. Their son took over the farm and they retired to Humboldt. Elizabeth was an active member of the CWL and was very involved with St. Augustine’s Parish. In her spare time she enjoyed bowling, playing cards, embroidery, quilting, rug making, knitting, and sewing. She delighted in showing her visitors her latest creation. Elizabeth loved to visit with family and friends, and always made sure that you left her house full of her delicious cooking and baking. She lived in her own home until she was 90, then lived her last years at St. Mary’s Villa.

END_OF_DOCUMENT_TOKEN_TO_BE_REPLACED 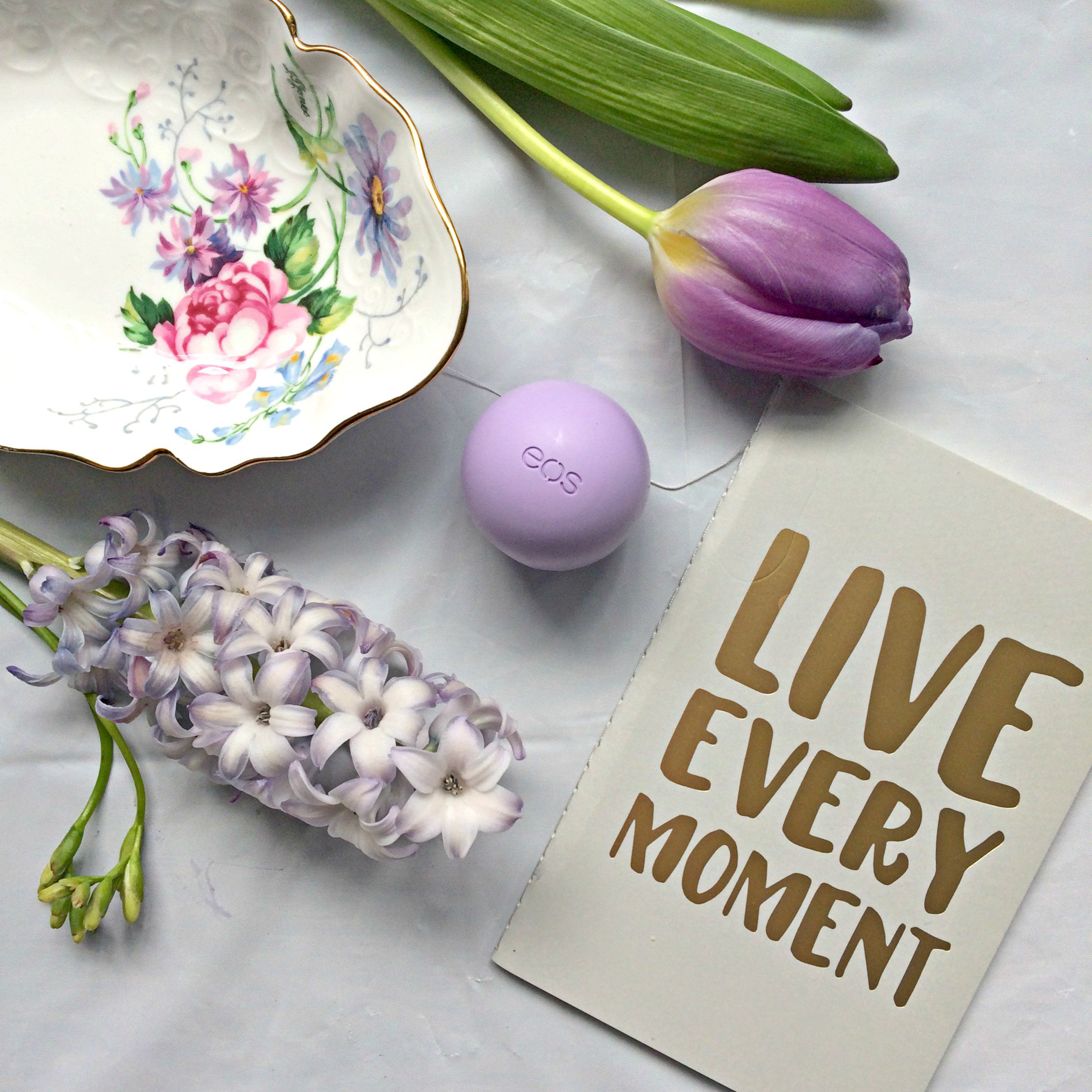 I’ll never forget that day. I was 11, and I was just finishing my after-school snack at my Grandma’s house. My Grandma came up to me and said,”Kristen, I’ve taken care of you for the last 11 years, now it’s time for you to take care of me for the next 11.” She was teasing, but little did she know how right she would be.

My Grandma and I were always close. When I was a little girl I would cry when it was time for her to go home and beg my parents to let me stay overnight at her house. I loved helping her bake and always hoped that someday my baking would be just as good as hers. She taught me to knit and embroider, although I wasn’t really patient enough for either task. She always had a project on the go and loved to show me the progress every time I came over.

I noticed my Grandma start to slow down after she had to have surgery on her knee, when she was in her early 80’s. But she was still fine to live on her own and manage her own affairs. Then my Dad died. I was only 24. He was her only child and I was his. It was just me and her now.

I had a decision to make. Do I say circumstances be damned and do my own thing anyway, or do I arrange my life so I can be there for what remains of hers?

I chose the latter.

It’s not easy being a caregiver in your twenties and early thirties.  The only people who understand what you’re going through are twice your age.  You thankfully have the energy, but you have to make the time. I arranged my schedule so that I had work in her city one day a week and a built in excuse to see her. Then I also visited most weekends. 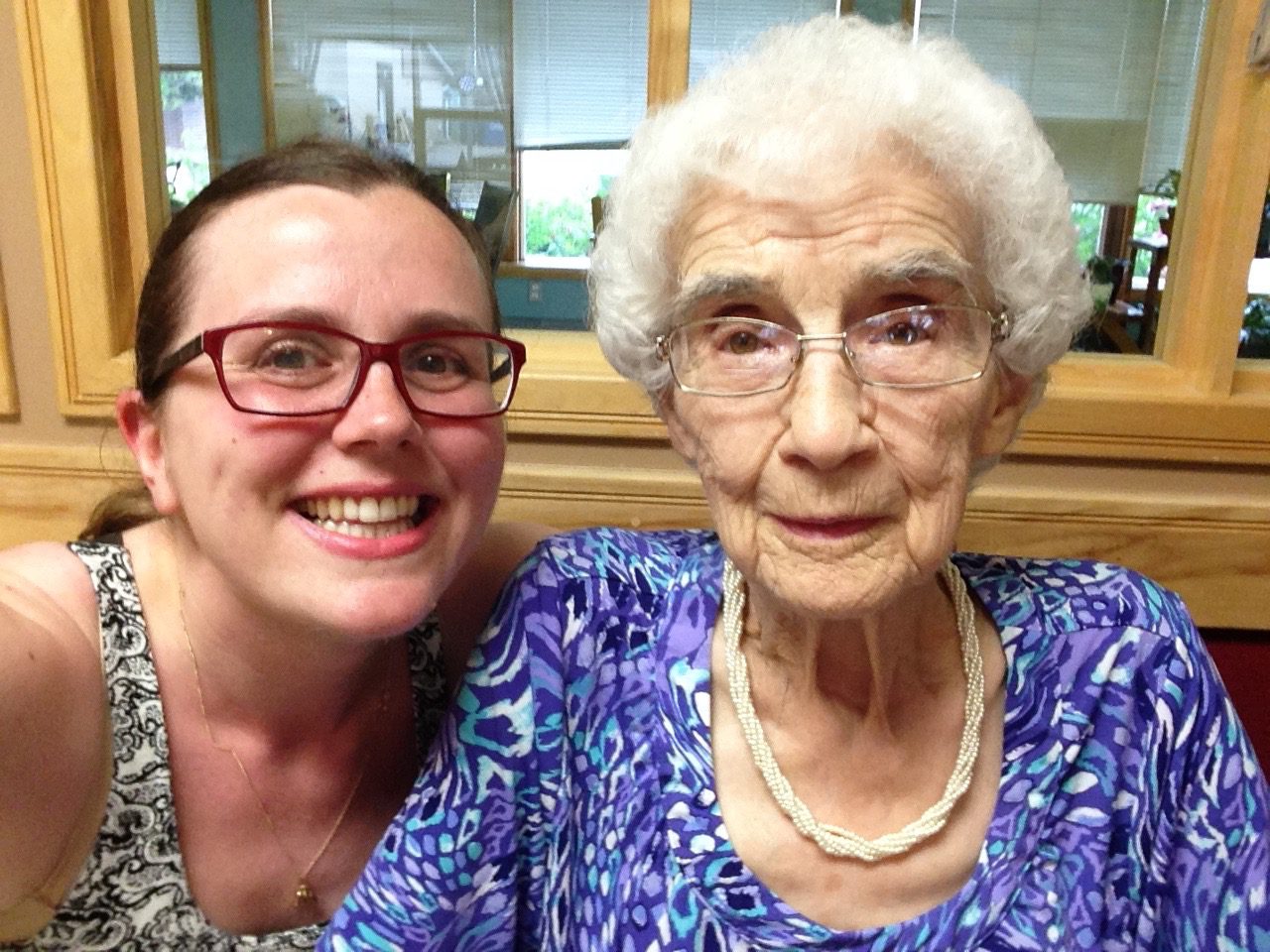 For a couple of years this was a good arrangement. I could see her regularly and help deal with her mail, take her grocery shopping, and do any little things around the house that she needed help with.

It was good until it suddenly wasn’t. I don’t know what it was, but I remember talking to her on the phone one day and I realized that living an hour away wasn’t going to cut it anymore. I asked my husband if he was okay with us moving, and he didn’t bat an eye. Bless him.

It’s a terrible secret about aging. There’s this horrible gap between living-independently-and-not-needing-help and getting in to a nursing home. Your loved one obviously needs more help, but they’re not “bad enough” to qualify for entry into a nursing home. Homecare and Meals on Wheels can help fill in the gaps, but only to a point.

It was during this time that I felt the full weight of being an only-child-of-an-only-child. (Not that having a sibling guarantees everything will go smoothly!! However, there is a better chance that you’re able to divide up some of the care.) How do you balance an aging grandma, a two year old son, and your own business, all while your husband is sent away for work most of time because the economy is terrible?

Sometimes really poorly. There were terrible moments where I was holding on to my Grandma on an icy sidewalk and my young son would run away. Who do you go after? The one who might fall and break a bone? Or the one who might run the wrong way and hurt himself?

I also tried to ignore the emotional and physical toll that being a caregiver takes, and packed my schedule way too full. I could do anything, right? I was young, and everyone else was progressing in their careers, so why couldn’t I too?

Let’s just say that over scheduling + tons of stress = Mono.

However, there were many blessings during this time. I got to know my grandma better and find out more about her life. My grandma got to be close to her great-grandson and shower him with love. I learned how much like her I really am. In fact, this blog probably wouldn’t even exist if it wasn’t for her influence.

During her time at the nursing home we found a loving community. The staff loved her with all their hearts and every time I visited she always talked about how well they treated her. We made friends with other residents and their families and built our own little community of people who understand.

And now my Grandma is dying. I don’t know how long she has left. Maybe a day, maybe a week at most. It’s hard, but at least I get to say goodbye. At least I’ve had the opportunity to say everything I needed to say, and I have the luxury of being there to hold her hand until the end. (A huge thank you to all my parents and employers who have been very gracious in letting me take this time off.)

It’s hard to put everything into words. All I can say is that you never regret the sacrifices you make for the people you love.

Hi Readers.  This post is my way of letting you know that I won’t be writing as regularly for the next little while.  I do have some draft-posts that wouldn’t take much to get out there, but I can’t promise anything.  Thank you for your understanding.