I hate food. Well, that’s not entirely true. You’ll notice this blog happens to create a lot of food posts!! I love eating good food, but the whole idea of the preparation, supposedly-enjoying, and planning is driving me INSANE. Where do I even begin to untangle this hate-fest? I’ll try and start at the beginning, but I don’t promise anything.

I’ve always been overweight. I’ve talked a little bit about that here. I hate the cycle of trying to eat a different way and not being able to keep it up. Emotional eating usually gets the better of me. All the rules and confusion about what’s actually nutritious is driving me up the wall. Is the idea that I could just eat good food that provides good nutrition and keeps my body at a healthy weight so impossible?

The Hanger is Real

My insulin levels must be all over the place. I don’t know that for sure, but what I do know is that I get incredibly hangry all. the. time. I once gave up sugar for three weeks and I was beyond angry from 3PM-6PM every day and I gained four pounds. Yes, you read that right, I gained weight. Part of me died that day. I’m being overdramatic, yes (or maybe its just the hanger talking) but I felt like my failure to lose weight when cutting obvious sugar was the ultimate failure. I eat so much sugar every day, so how is it possible that cutting it out couldn’t make a difference?

My son has autism. This means that his picky eating is way beyond that of your neuro-typical child. He only eats about 20 foods that all have to be prepared very specifically.  It’s hard to explain properly, but when my son doesn’t eat the food served, he’s not trying to be rude or engage in some sort of power struggle. To him, the food literally does not feel safe to eat unless it is the right texture, colour, or smell.

Sometimes he rejects one of the foods on his list because it no longer feels safe. Occasionally we have a giant triumph and he will add a food. Believe it or not, we’re one of the lucky families. Some autistic kids will only eat two or three foods.  If something as small as the packaging changes, they will drop the food.

I don’t know what to make him anymore. I’ve practically given up. It’s just easier to give him his safe foods on his own terms than have tons of wasted food and a war every single meal. Add to that that I’m usually working during suppertime (I’m a freelance music teacher) and you have a recipe for disaster.

Family meals are impossible. Sure, we can all sit around the table at the same time, but there is no way we can all agree on the same thing. I need something healthy so I don’t gain even more weight, my husband wants pasta or some typical comfort food, and my son will only have his acceptable foods.

Maybe in some alternate universe I could just go all Sater Method and say “too bad, you’re eating or starving.” But my kid might actually starve. It took him six months at daycare to feel comfortable eating food there.  Yes, you read that right.  Six months.

It also brings up a huge issue for me as a Mom. Is every behaviour I try and change telling him that Autism, or simply the way he is, terrible and something to be eradicated? I want him to be able to function in the neuro-typical world, but I don’t want to completely eradicate his self-esteem.

Today he told me that he knows he’s different. What do I tell him? I told him that I like that he’s different and that different can be good–it’s part of what makes him him. I hope I said the right thing.

I’m in a personal hell still playing the old script that food is love.  The more you eat, the more you love the cook, right?  Gah!!!

Acknowledging it is the first step to changing it, but it’s hard. I’ve rearranged my life so that it is more relaxed and I can have the time to be more consistent, but I don’t have it all figured out yet.

Nutrition is part of the whole self-improvement package. If being a healthy weight was solely about eating right and exercising, no one would be overweight. But it’s not. Our minds and our lifestyles are huge factors, and until we get real about those things, nothing is going to change. 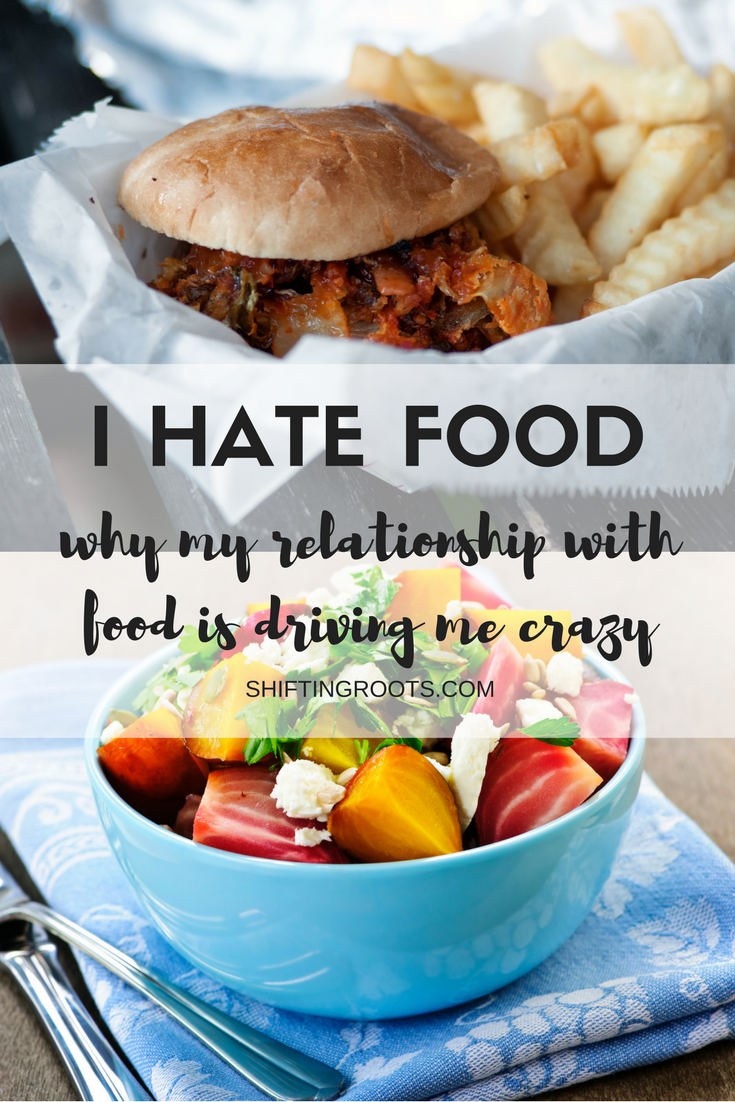 Please tell me I’m not the only one?  Do you struggle with how you feel about food too?