Published by Kristen Raney on July 22, 2016
Pin
Despite my most positive thoughts, the dining room is not done this week for your viewing pleasure.  It’s halfway there though!  Just baseboard paint and a bit more wallpaper to remove.  You would think that it would be so much easier because this stuff has paint under it.  But it’s not.  So. Much. Scraping.  But at least my walls don’t get destroyed in the process.
So instead, let’s all enjoy some flower Friday loveliness! 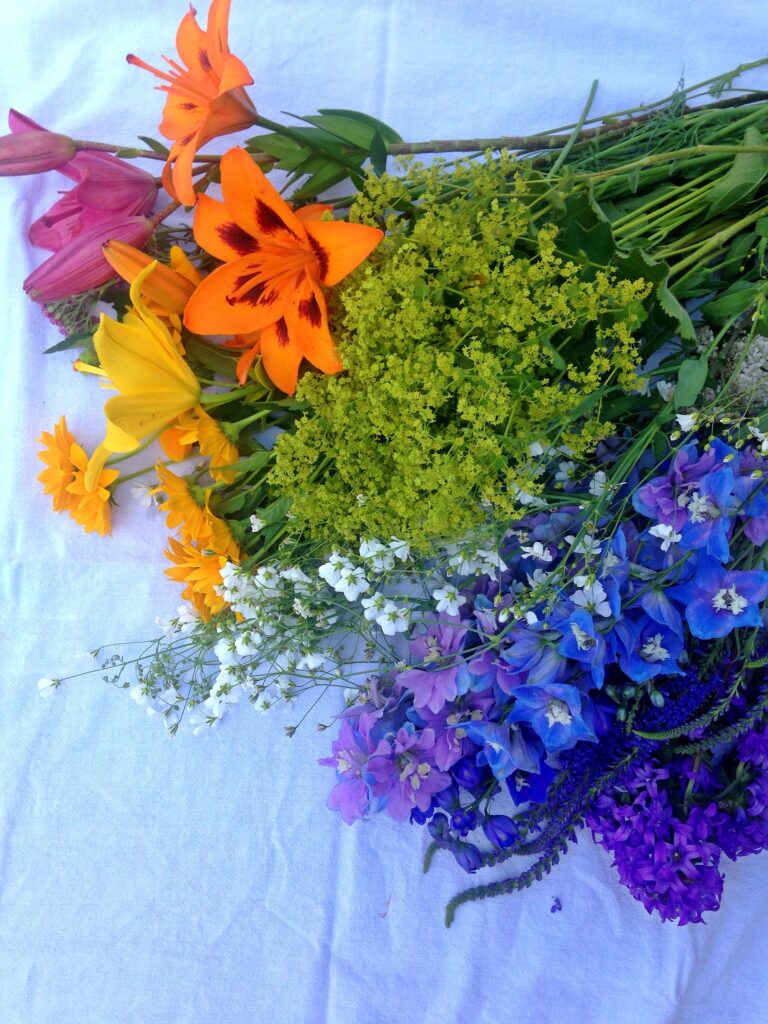 When I was at my Mom’s last weekend, the first thing she said was, “Make sure you leave me some flowers in my garden!”  She may tease, but I know she loves getting the fruits of these blog posts when I’m done.  This week I was inspired by all the colours of the rainbow in the garden
I made two arrangements from the flowers, one hot. . 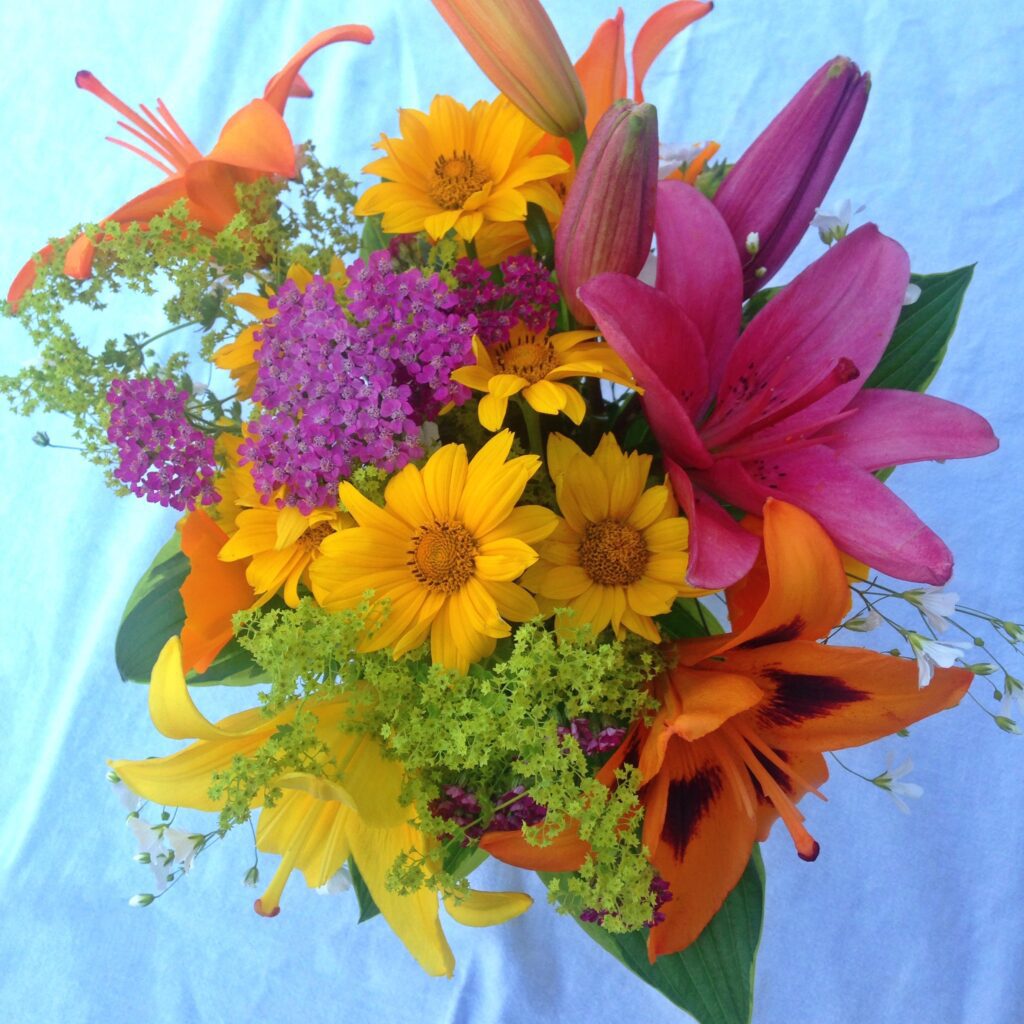 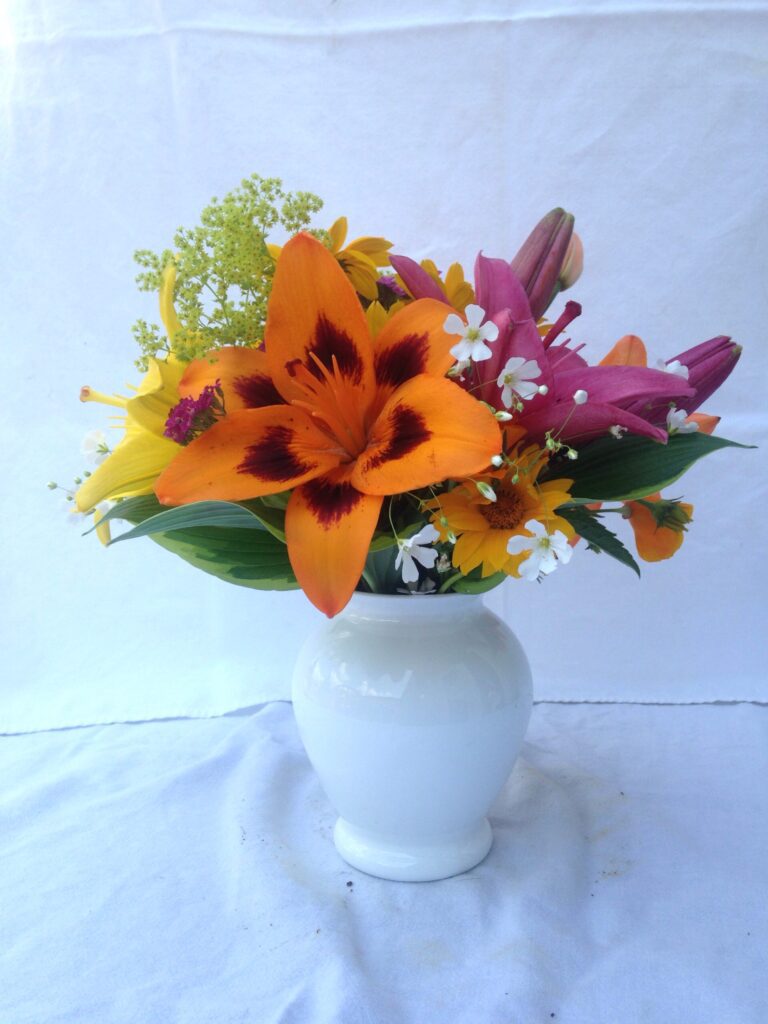 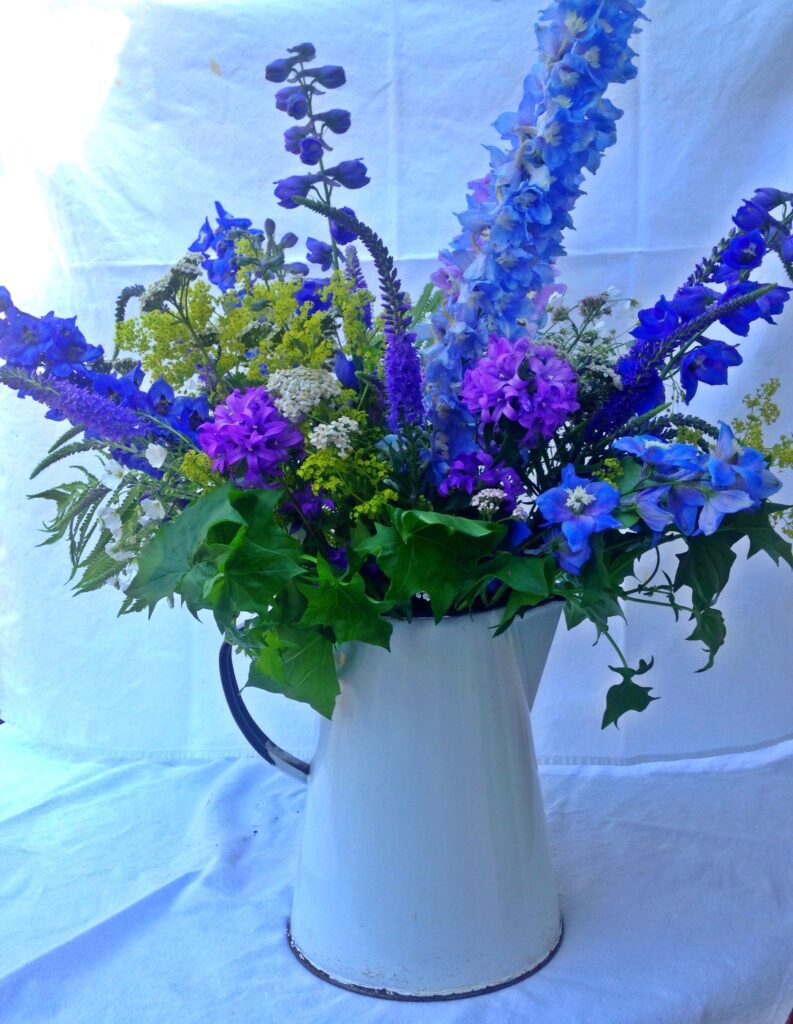 Which one do you like better?
Also, would anyone be interested in joining me on a picnic?  I make one cherry pie a year and I thought it would be fun to share with my readers.  Then we can take pictures and be all pinteresty and such.  If you’re within driving distance of Saskatoon and want to come, let me know in the comments or by PM on Facebook and we’ll work something out. 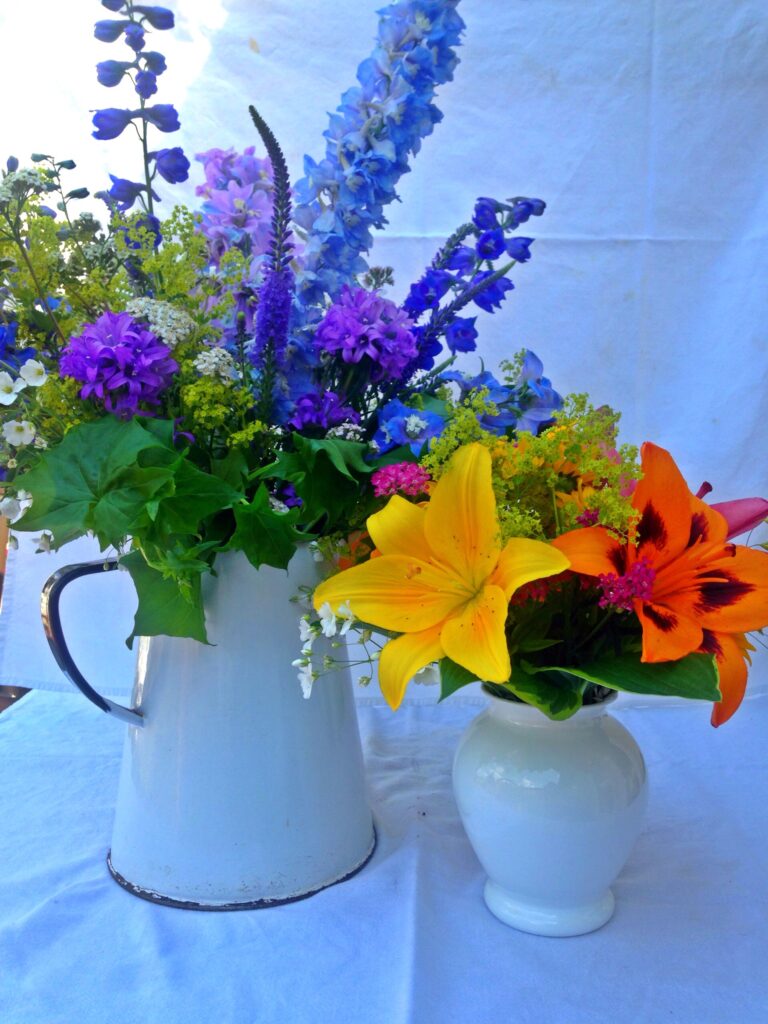