We celebrated our son’s birthday party on the weekend and it was so much fun.  I can’t believe our little man is already 5. He’s spunky and smart, thoughtful and kind–basically the best kind of little boy.  (I’m horribly biased.)  He loves trains, yaks, yellow, chameleons, planets, and being with his people.

We took a trip to the dollar store to pick out the decorations for his birthday, and he picked out a punchy yellow, orange, green and blue. 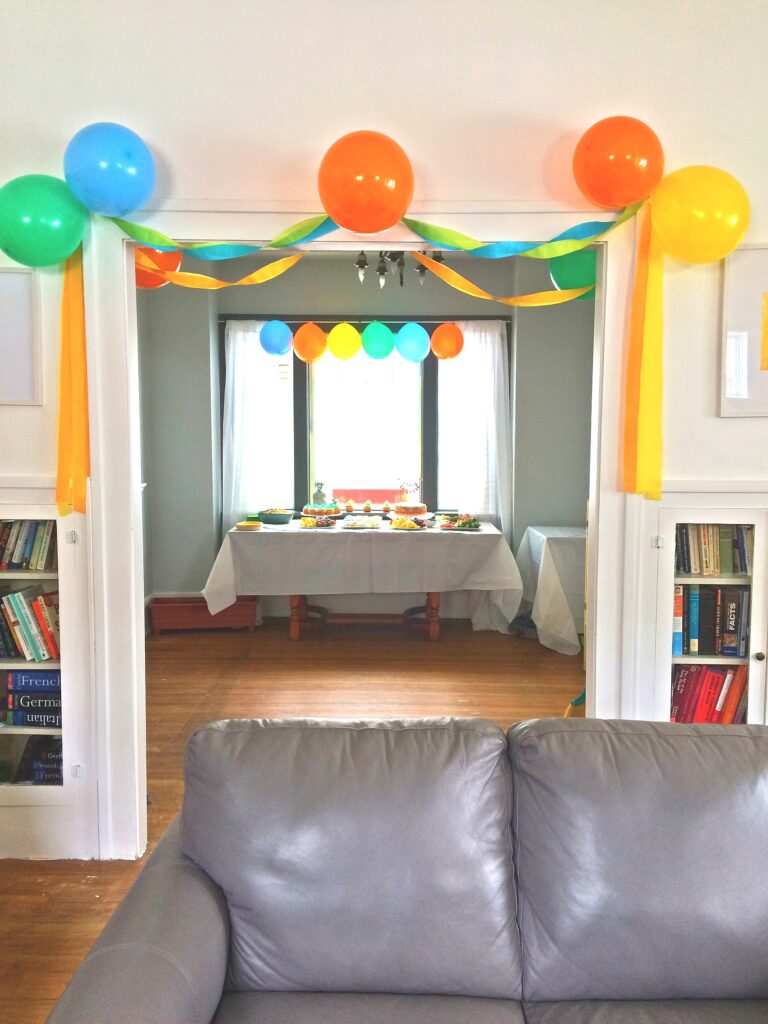 I wanted to keep things as simple as possible, so most of the decorations are just crepe paper streamers and balloons in his colours.

Don’t worry, I broke my own rule and made things more complicated later on.  There’s just something about your kid’s birthday party that makes you go a bit crazy as a mom, even if you have the best of intentions.

I got the idea for these streamers from my friend’s 10 year old niece.  She helped decorate the house like this for a different party and I thought it was a really cool idea.  It’s a huge hit with the littles. 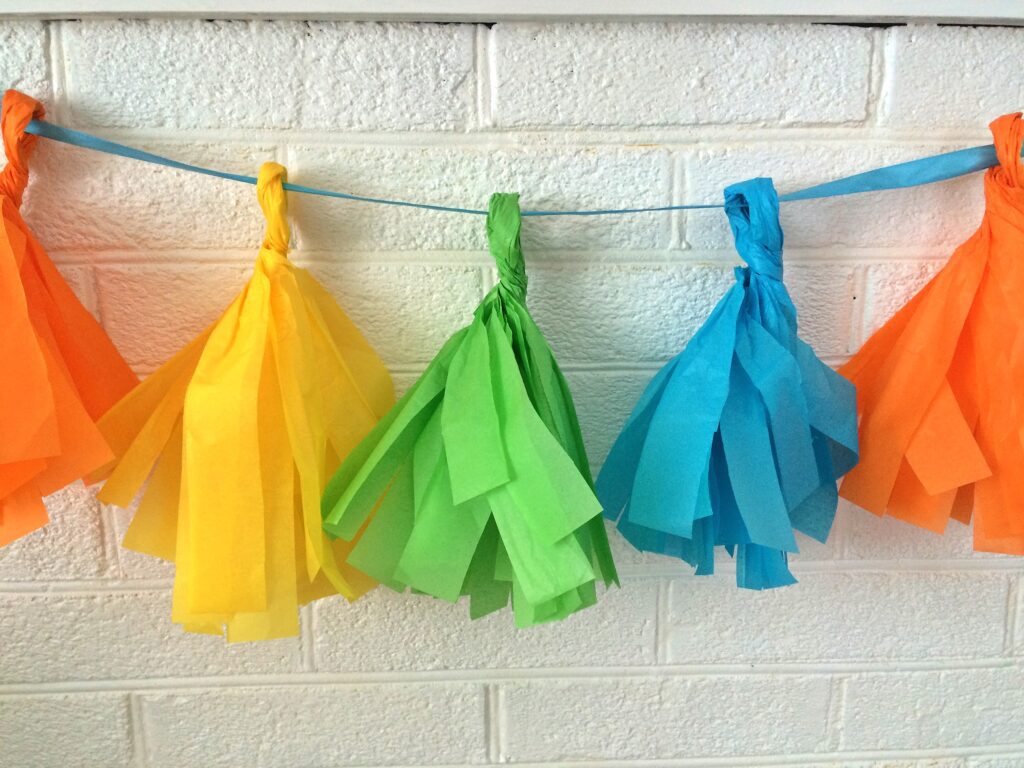 I used the same idea for my Valentine’s banner for Dominic’s birthday banner.  It’s easy to make, cheap, and looks great. 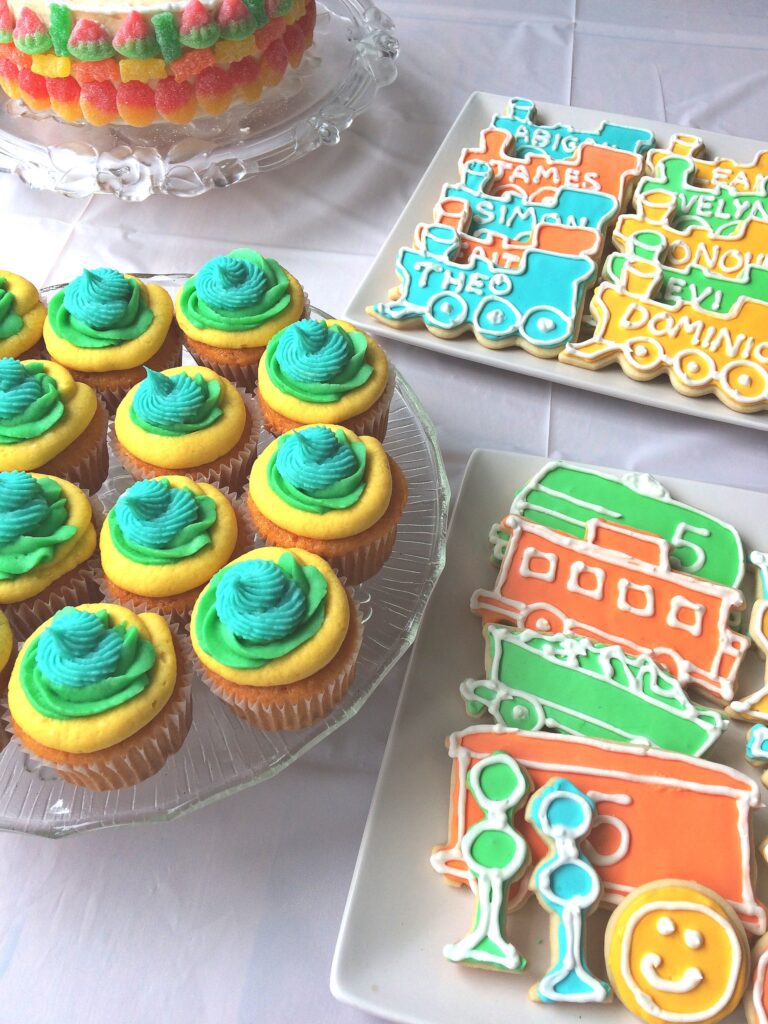 To keep the theme in the cupcakes, I used an orange cake mix and layered yellow, green, and blue butter cream icing.

The cookies are where things started to get a little complicated.  They are actually way easier to make than they look, they just take a bit of time.  You have to let the colour dry overnight and then do your details the next day.  I’ll be sharing my recipe and tutorial on another post in the near future.

I ended up using them as the take-home treat.  They were a huge hit with both parents and kids. 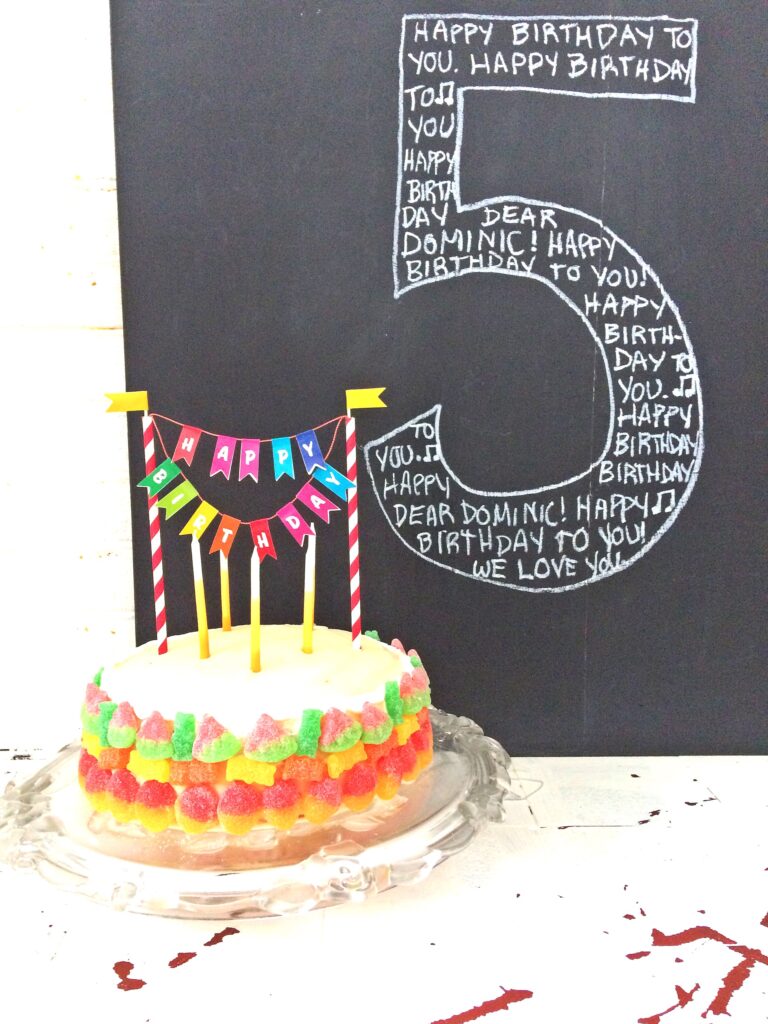 By the time I got to the cake I had literally run out of ideas.  Dominic wanted a train cake, but I couldn’t find any of my train cake pans that I had been gifted over the years.  The joys of moving!!  I got some candies in Dominic’s colours, stuck them on with royal icing and said good enough.

The sign was super easy to make.  I drew a big five, then filled in the space with the lyrics to “Happy Birthday.”  I then filled in any of the awkward spots with music notes. 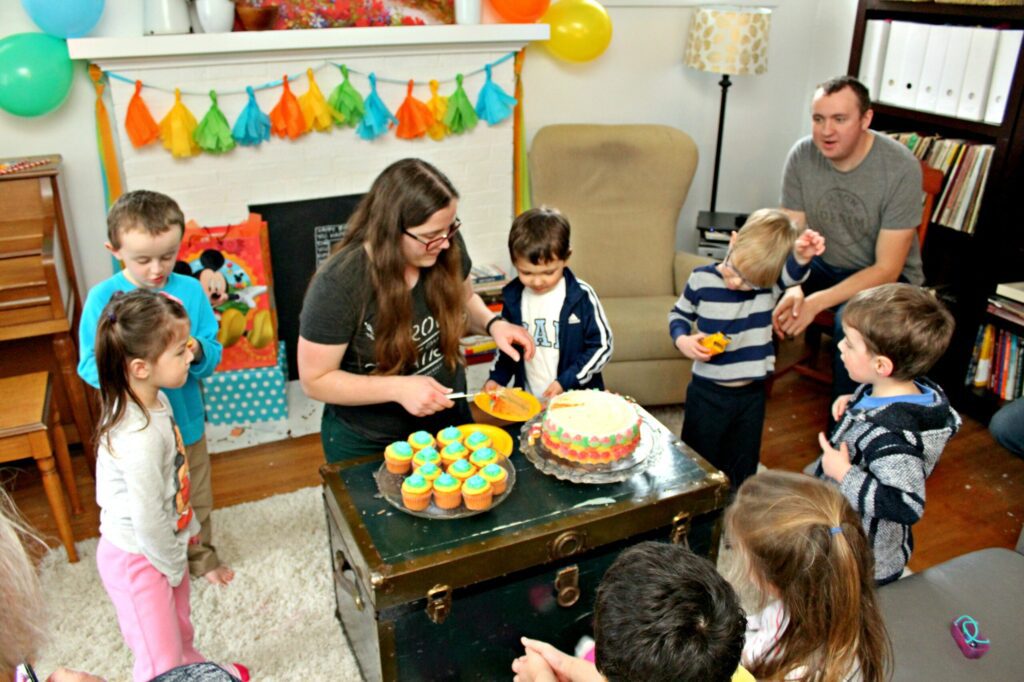 I would love to say that this was a stress-free party and super easy, but it wasn’t.  The projects in and of themselves were easy but they took more time than I thought they would.  I really wished I would have cleared out the fridge and freezer and done more of the prep earlier.  I have way more appreciation for my own mother and all the work she put into my parties as a young girl. 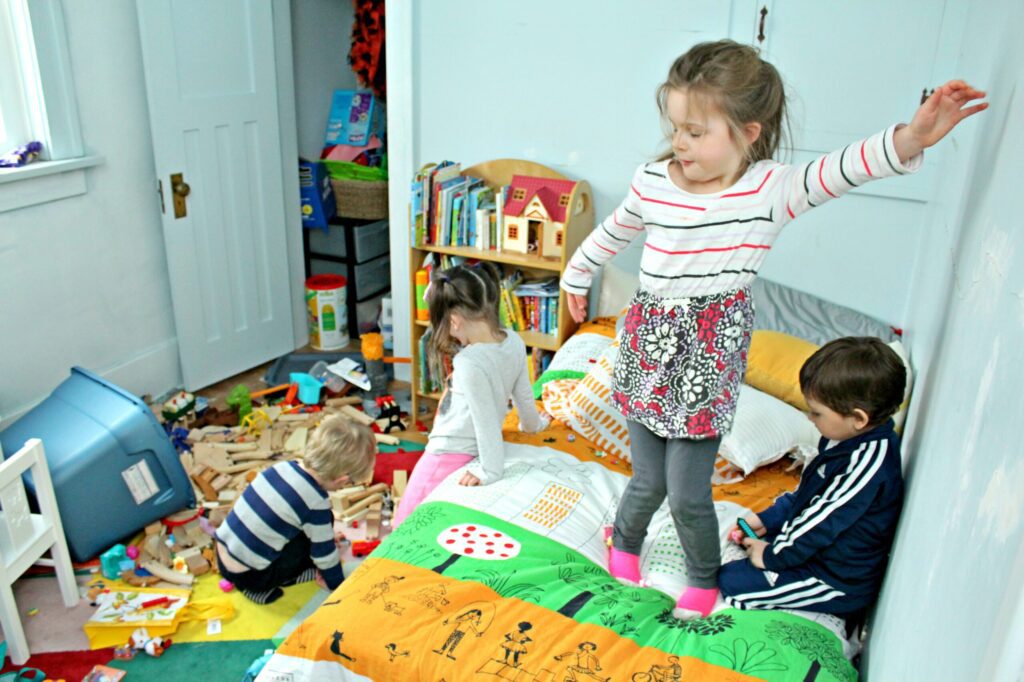 But in the end, all that really matters is that everyone had fun.  My sweet little man is worth it. 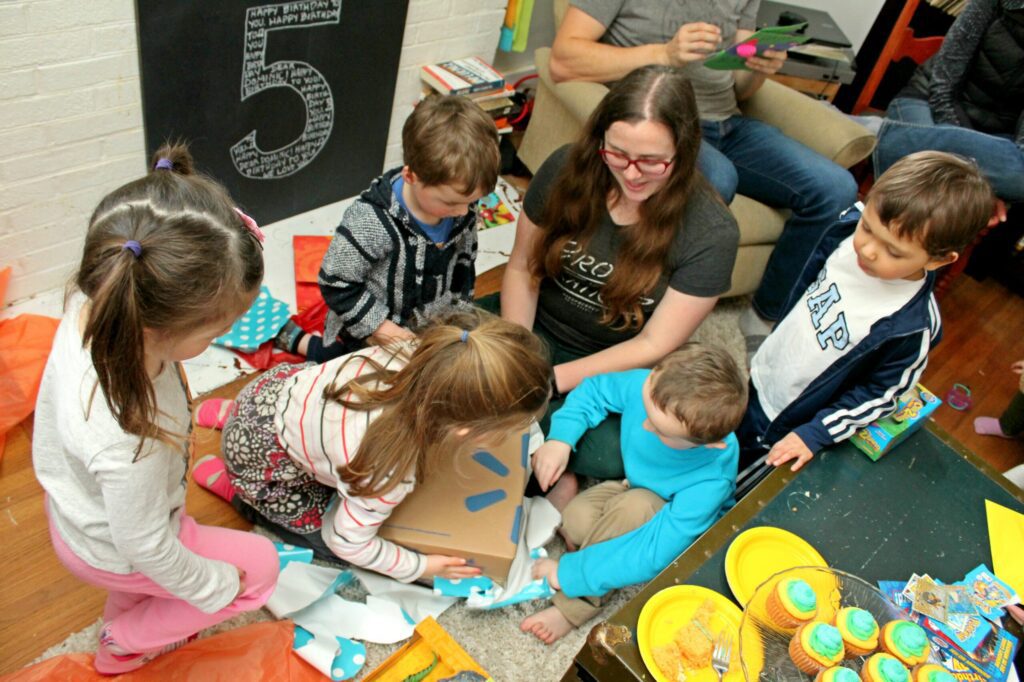 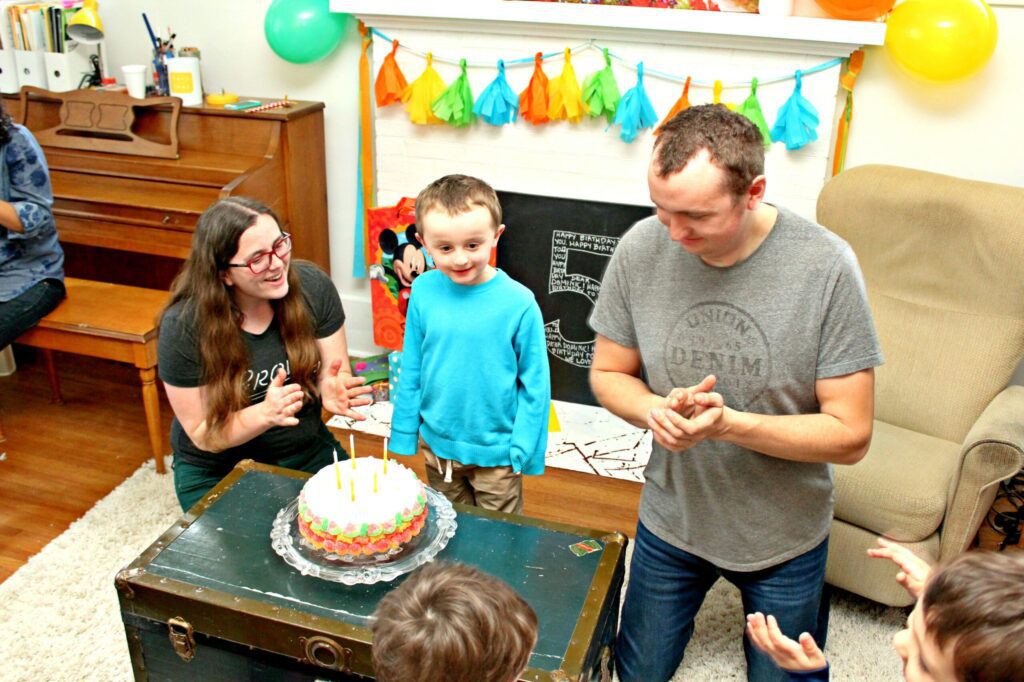 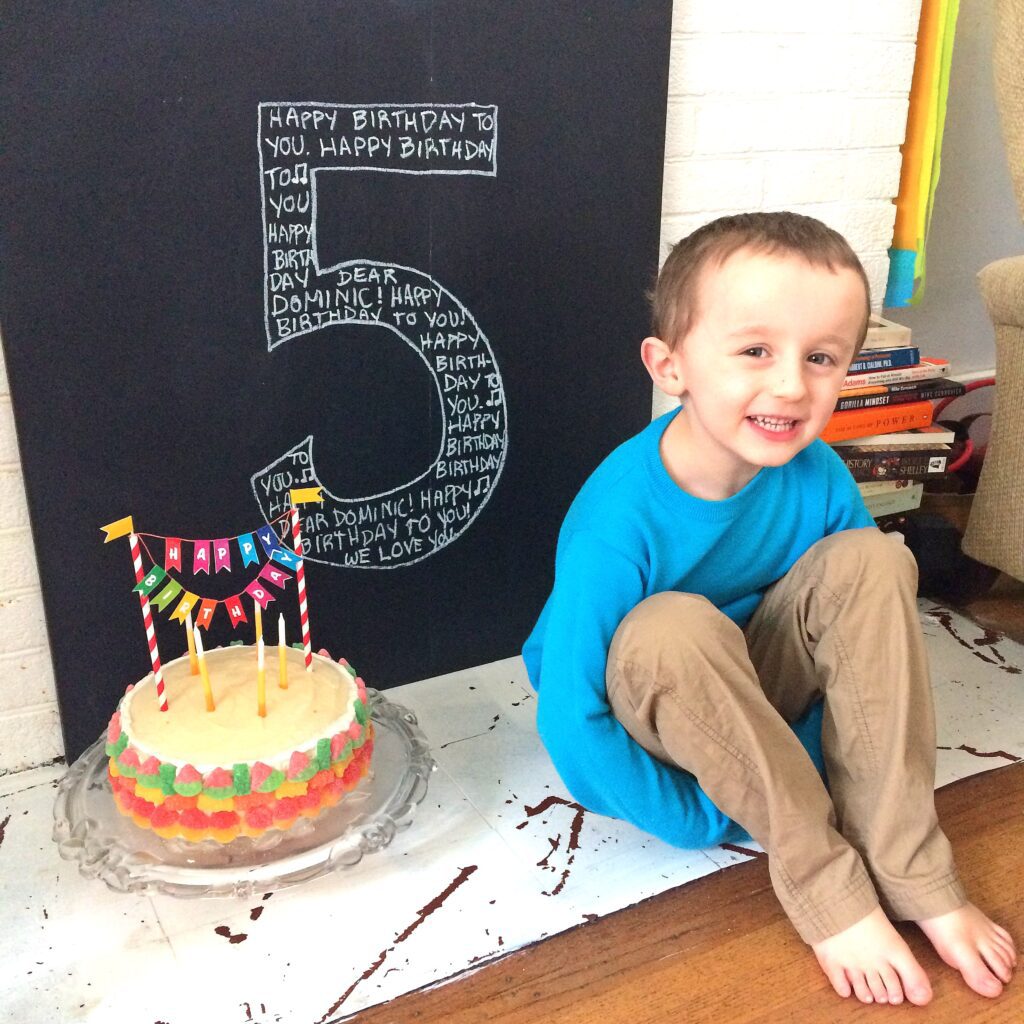 If you need me, I’ll be putting up my feet with a good cup of tea… 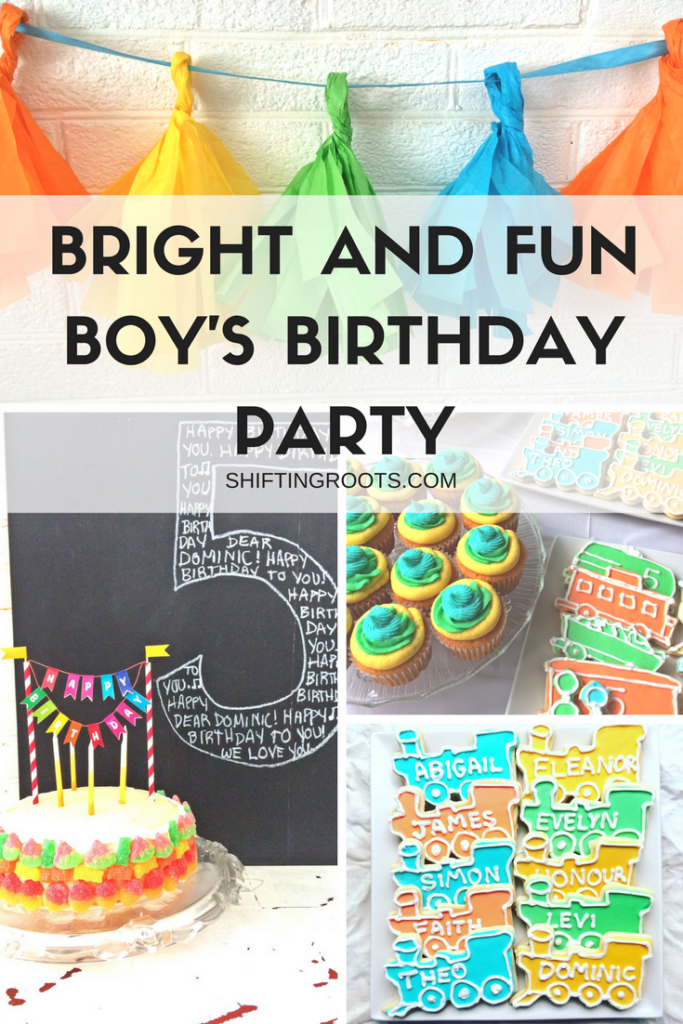