How to Make an Adorable Halloween Chick Costume

One of the things I love most about my son is that he’s not like everybody else.  In the last three years when I’ve asked him what he’s wanted to be for Halloween, he’s always come up with a unique answer.  And he never waivers in his choice either.

Last year he wanted to be an orange chick.  Try finding that in a big-box store.

Thankfully, the year before he wanted to be a rooster, so I already knew how to make his costume with just a few modifications.

Today I give my public service to the internet, should any other Mom find themselves with a child asking for an orange chick costume.  I’ve got you covered. 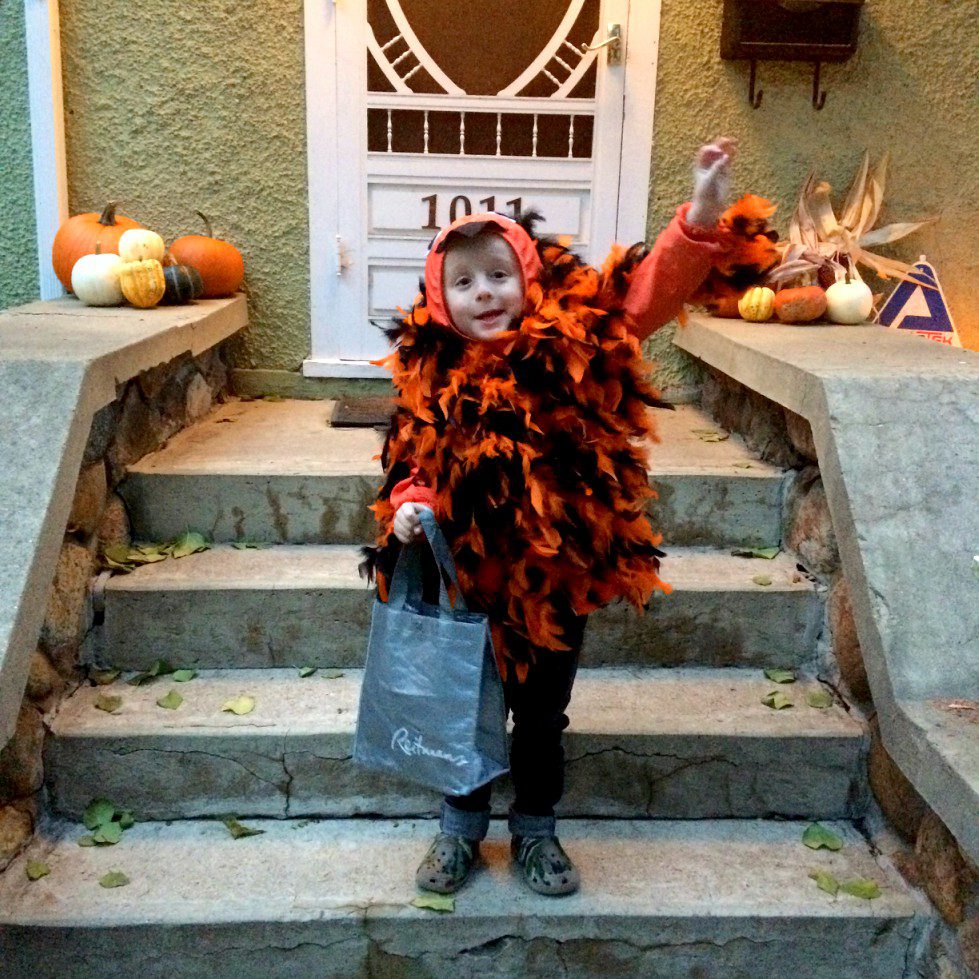 P.S.- If your child asks for this costume, would you let me know?  Then we can have a virtual coffee and chat about all the mundane Thomas and Friends facts we’ve learned over the years.  Don’t even get me started on the town of Waterton and the fact that the whole population was somehow magically brainwashed into forgetting it.

Related: 45+ recipes to use up your child’s leftover Halloween candy

To avoid a lot of sewing, go to your nearest thrift store and look for a zippered orange (or colour of your choice) hoodie.  Don’t buy a bunny hug (sweater with a hood and no zipper for non-Saskatchewan folks).  Once you pin on the feathers there will be no give to the costume and it will be very difficult to get on and off. 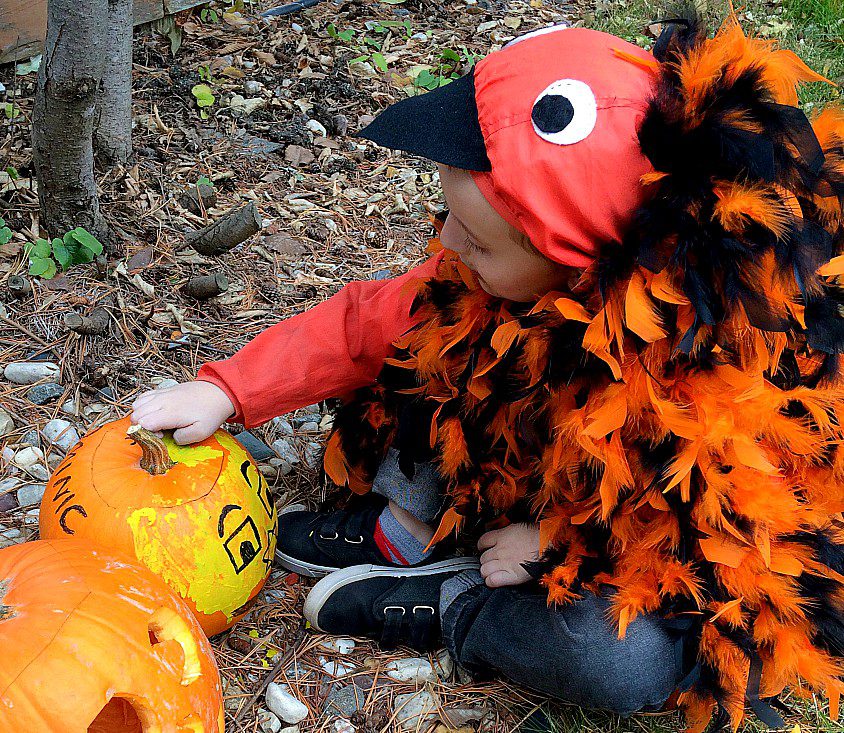 You’ll need 3-4 orange feather boas, or whatever colour you’re making your chick.  Grab a huge package of safety pins, thread, and 1 sheet each of white and black felt.

Cut out a large triangle of black felt.  Make sure it isn’t too tall so that it doesn’t cover your child’s face.  Sew on to the edge of the hood.

You don’t have to have the most perfect stitches in the world.  Just do enough so that your sewn bits won’t fall off.  I did all of the sewing for the costume by hand, and it took me less than an hour.

Finally, arrange the feather boas so that they cover most of the jacket and pin them on with safety pins.  If would probably be safer to sew them on, but you’d need to make your costume more than a day before you needed it, now wouldn’t you.  😉

I used one boa for the right side, one for the left, one for the head and a bit of the back, and the final one for across the arms and shoulders.

It was a bit of work, but so worth it to see the smile on his face. 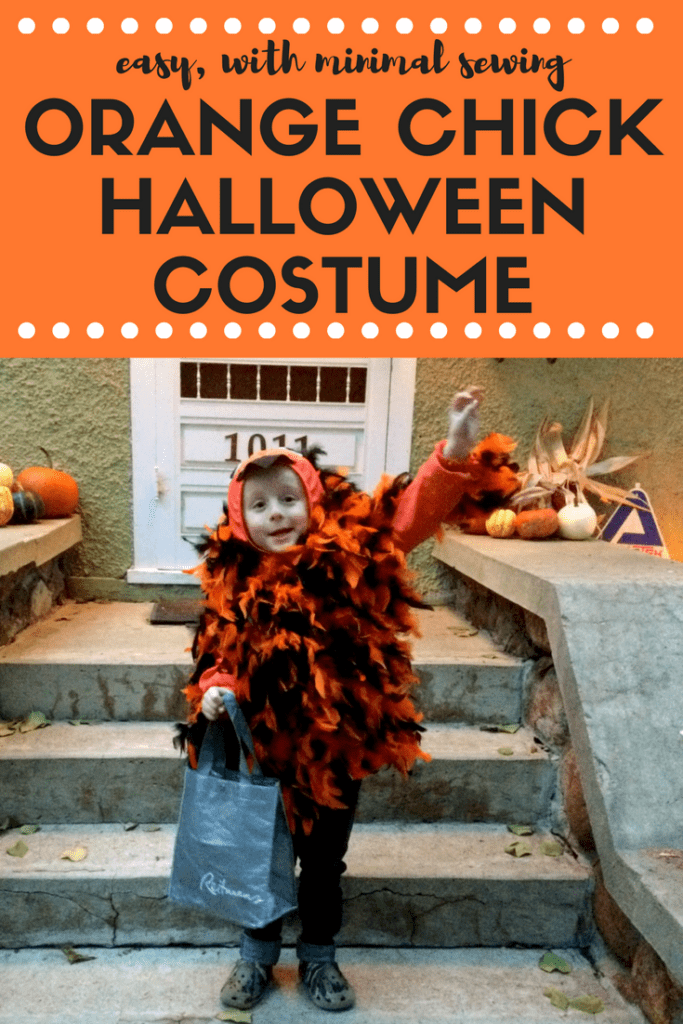